The biggest upgrade of Mi Band 7 compared to the previous generation is the screen increased from 1.56 to 1.62 inches, but the price is also higher. 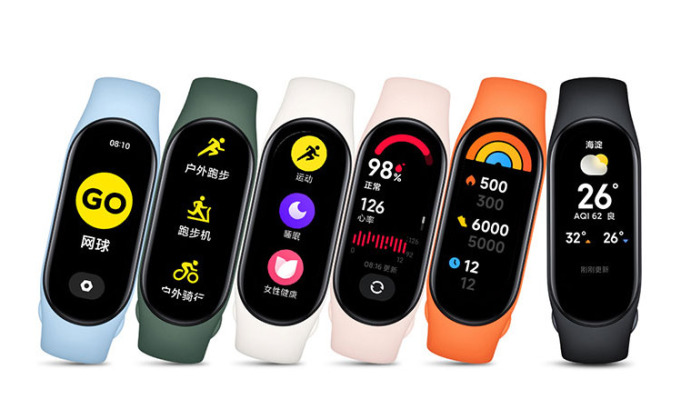 Xiaomi's new smart band has a screen resolution of 490 x 192 pixels, slightly better than the Mi Band 6's 152 x 486 pixels. The manufacturer said that the display area on the new product increased by 25% and still has the always-on feature (Always On Display). Maximum screen brightness of 500 nit, pixel density of 326 ppi.

The battery of the product has a capacity of 180 mAh, for continuous use of 14 days or 9 days at high intensity. Full charge time is two hours and still use the magnetic dock like the previous generation.

Mi Band 7 has a weight of 13.5 grams, equivalent to Mi Band 6. In addition to the same basic colors, the product has additional types of camouflage color bands, which are antibacterial. 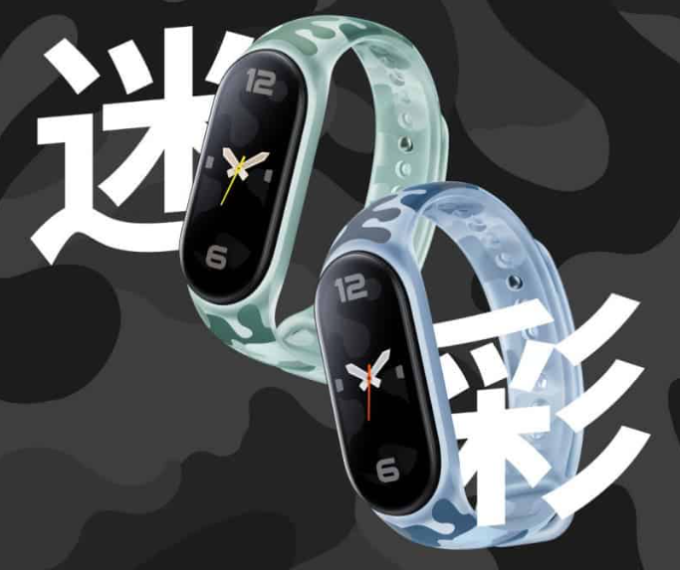 Band with camouflage design with antibacterial features of Mi Band 7.

Users have two versions to choose from, with or without NFC. The NFC-enabled version is most likely only sold in the Chinese and European markets. The price of Mi Band 7 is usually 249 yuan (920,000 VND), more expensive than the previous generation (229 yuan).

From the Mi Band 6 generation, the price of Xiaomi's smart bracelet has surpassed the one million dong mark in Vietnam. Along with many competitors appearing like Huawei and Oppo, the Mi Band series is no longer as feverish as the first generations.