What's so special about the SR-71 Blackbird, the favorite plane of Elon Musk and Grimes?

Elon Musk and his girlfriend, singer Grimes, just had their first child together. Although the boy's name, X Æ A-12, confused many people, especially the pronunciation, Grimes quickly revealed the reason why the couple came up with that unique name.

Specifically, in a tweet, Grimes stated the meaning behind each letter of his son's name, and said that "A-12" refers to the Lockheed A-12, a spy plane used. by the CIA in the 1960s.

The A-12 was the forerunner to the much more famous SR-71 Blackbird, and was also the favorite aircraft of both Musk and Grimes. Blackbird was well known during the Cold War, and was used primarily for aerial reconnaissance because it had no offensive or defensive weapons.

Blackbird can be considered a military version of Concorde, where its two giant rocket-like engines can propel the aircraft at supersonic speeds over high altitude areas. "most in the Earth's atmosphere.

Before the introduction of camera satellites, the US used aircraft to take reconnaissance photos. One of the first aircraft developed for this purpose was the U-2 Dragon Lady, with a flying capability of 21.3km. This plane does a pretty good job, but there's one problem: it can be shot down - in particular, the Francis Gary Powers U-2 was shot down in 1960 over Russia. US President Dwight Eisenhower, realizing this error, ordered a new spy plane with the ability to avoid enemy missiles. 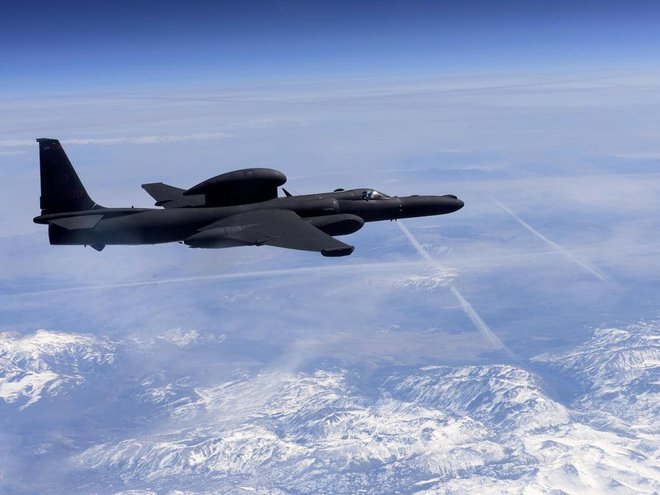 That was when the SR-71 Blackbird appeared, a supersonic spy plane with an emphasis on speed and stealth. 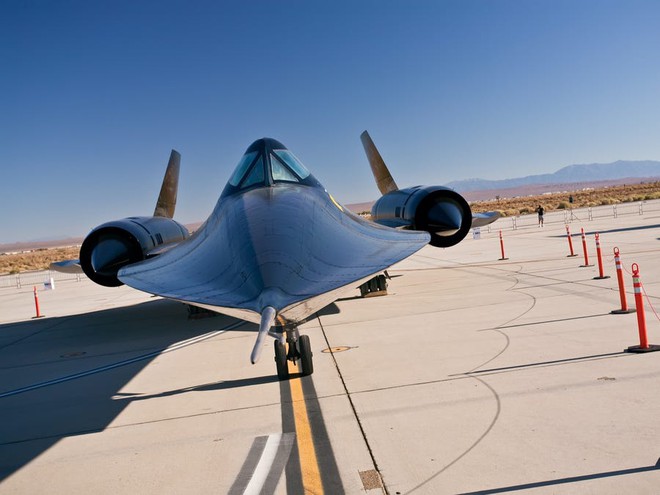 Defense aerospace manufacturer Lockheed has been chosen to develop the aircraft through Skunk Works, code-named for the company's Senior Development division. The lead of the project is pioneering restaurant Clarence "Kelly" Johnson. 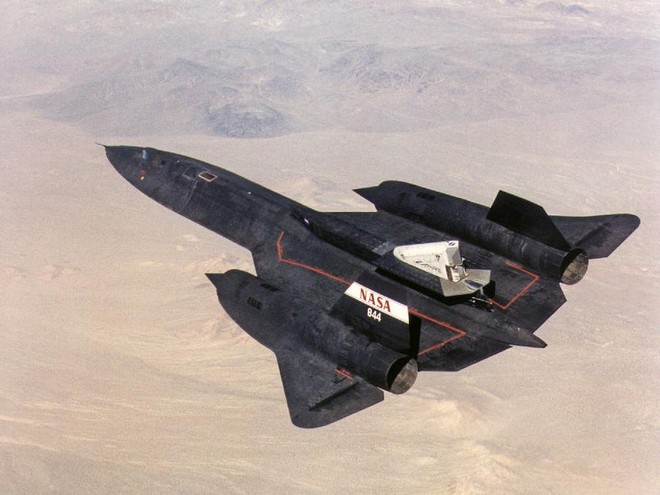 Lockheed has launched its first product, the A-12 Oxcart, a single-seat spy plane that has performed multiple missions in Vietnam and North Korea. Despite the success, the US side increasingly feared that the Soviet technology was gradually catching up to them and could render the aircraft useless. In the picture below, you can see a model of the A-12 Oxcart outside the CIA Langley headquarters - the agency that ordered the plane. 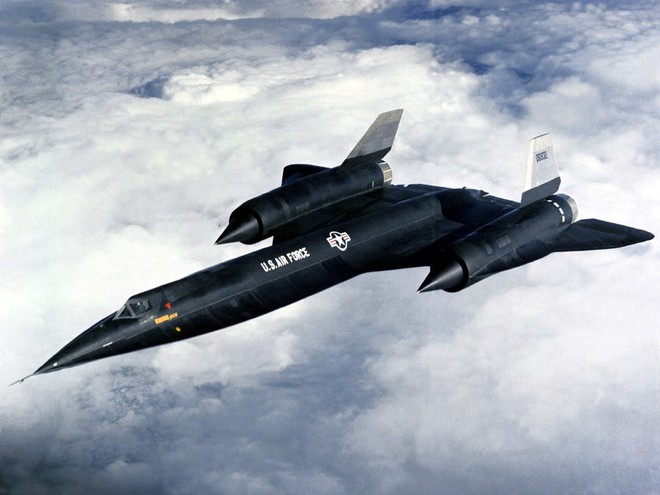 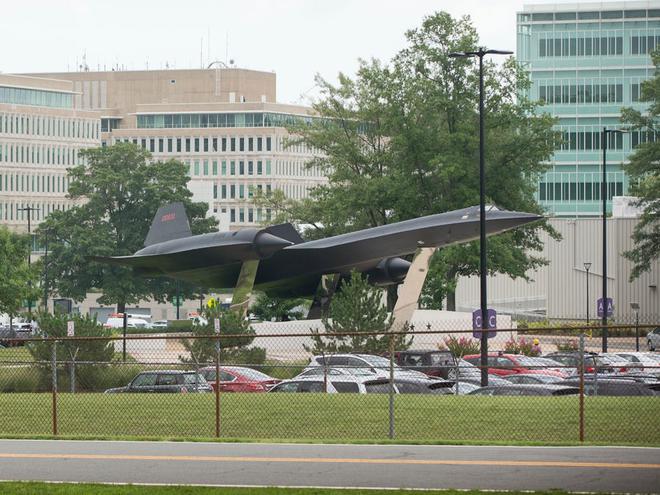 A-12 Oxcart on display at CIA headquarters in Langley

From the A-12, the two-seat SR-71 Blackbird was produced for the US Air Force. Compared to its predecessor, the Blackbird has a better radar-reflective surface and is therefore more difficult to detect by enemy air defense equipment. 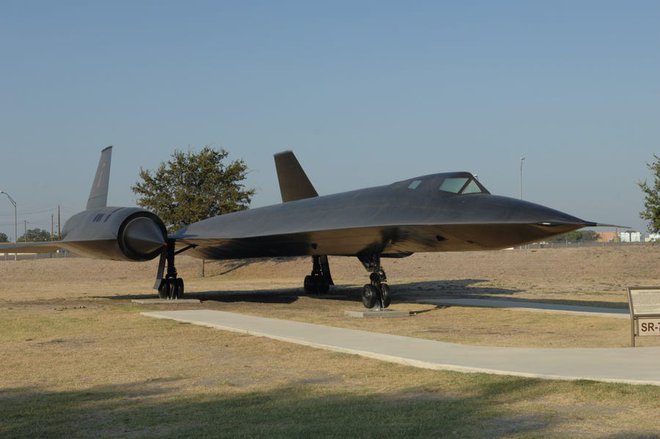 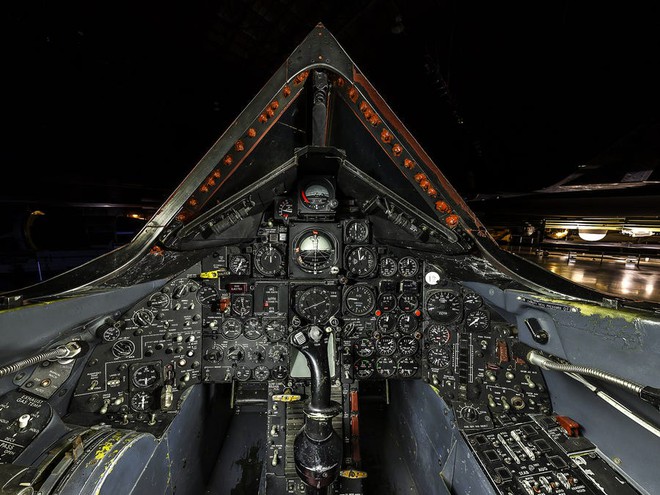 The plane uses two Pratt & Whitney J58 engines, which look more like two rockets than an airplane engine. They allow Blackbird to fly at great altitudes at supersonic speeds. 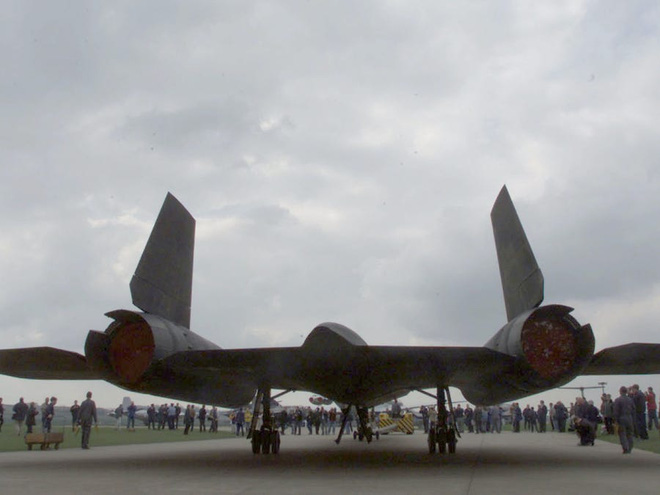 Blackbird can reach speeds of more than 3,218 km / h, or about 3 times the speed of sound, at an altitude of 24.4 km. When in danger, the pilot can activate the "afterburner" (afterburner) to evade any threat, including missiles. 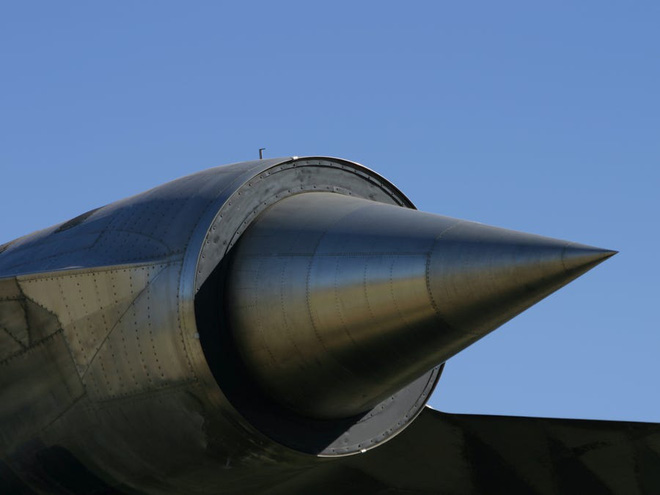 With great speed and high speed, Blackbird can fly across the address continent in a matter of hours. Visually navigating pilots cannot observe features on land, such as roads, but instead must look at ridges and coastlines. 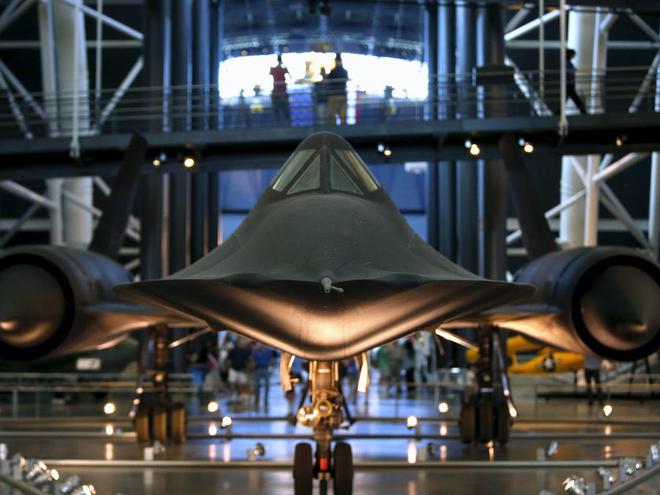 When the fuel is running low, a supply plane will fly in and transmit the fuel in the air, allowing Blackbird to operate continuously for long periods of time. Blackbird usually takes off with minimal fuel, then gets refueled once in the air before heading to the duty area. 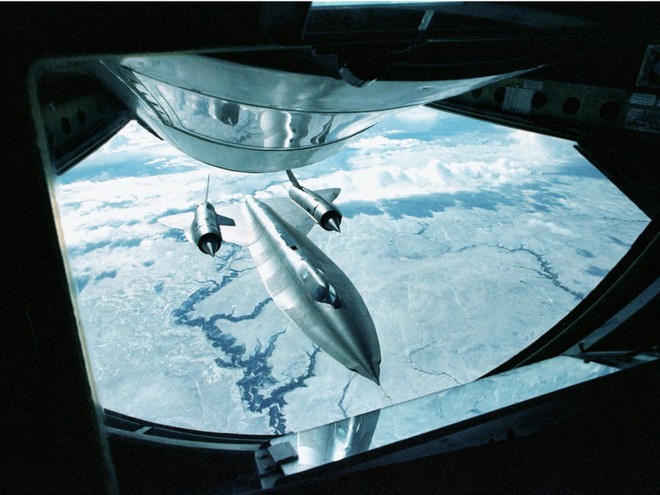 The material that makes up the fuselage is titanium, because with the temperature and the altitude it operates, the amount of heat generated is definitely very high, up to thousands of degrees. 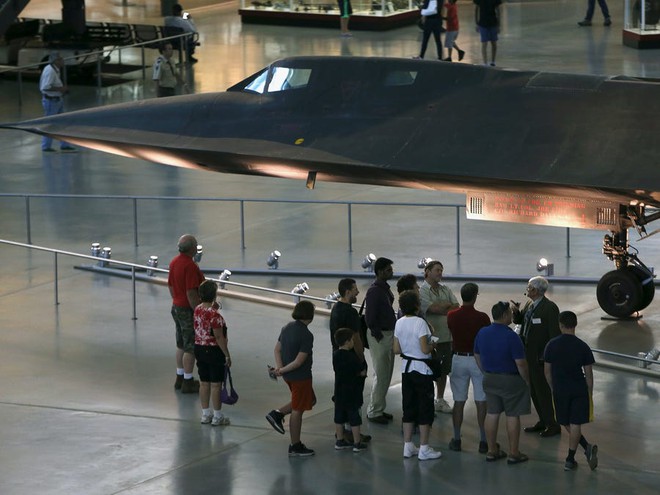 The first Blackbird took off in 1964 and entered US Air Force service for almost 30 years since 1966, before retiring in 1990. The reason for retirement was due to the expensive costs associated with the aircraft. , improvements in satellite technology, and the fall of the Soviet Union. 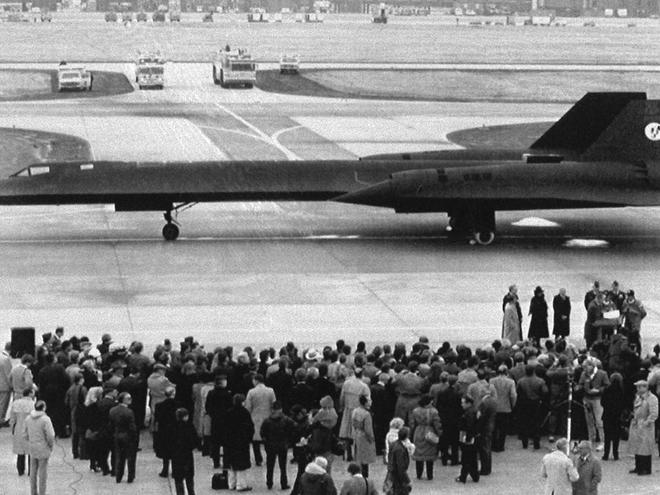 The Blackbird is one of the most secretive aircraft in the Air Force, because it operates at a height two times higher than most other aircraft. Blackbird's strength is, undeniably, extremely important to the US intelligence community. 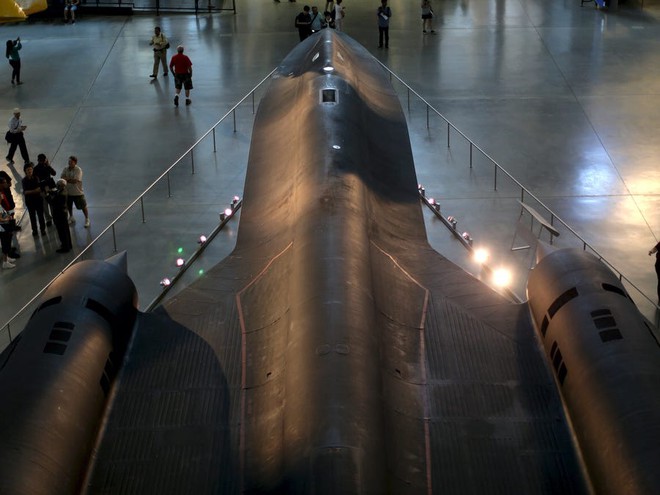 Like most supersonic aircraft, the Blackbird possesses technology that is ahead of its time. No aircraft has ever replaced its position. 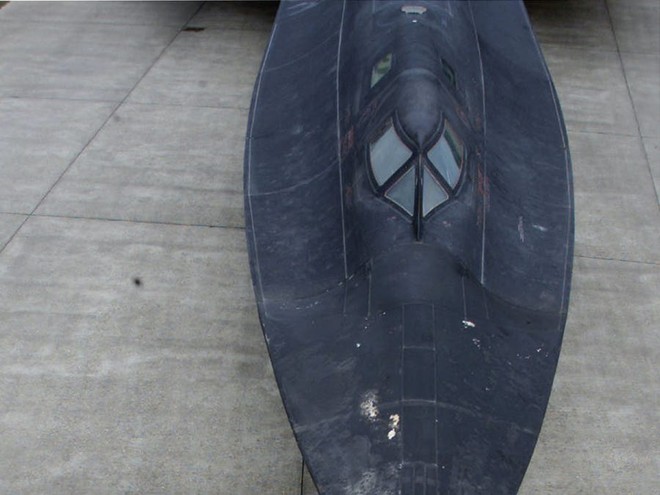 Grimes wrote in her tweet that she and Musk were both Blackbird fans because it was unarmed. This is a "gentle" plane. 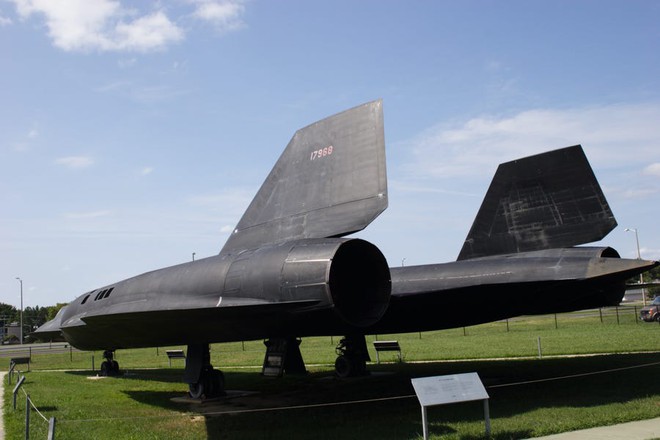 Blackbird's only weapon is its camera system, which brings invaluable intelligence to the military and intelligence agencies on the ground. 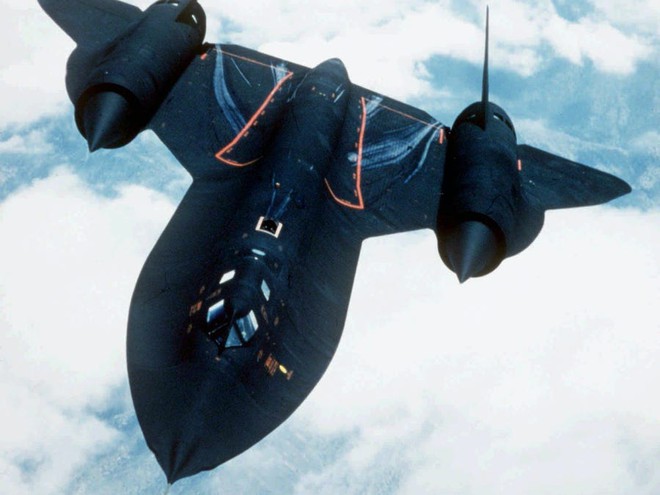 NASA also used Blackbird for testing purposes since the Air Force retired it, until 1997, making it one of the longest serving spy planes in the US military. 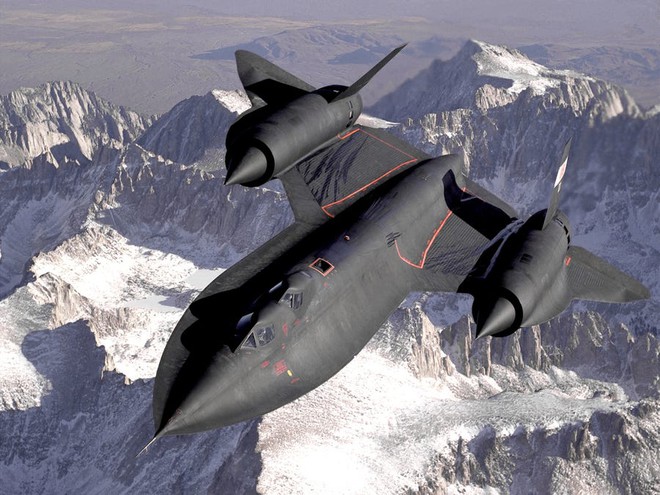 Musk is a man very interested in aviation and space. His SpaceX company aims to develop new rocket models to bring humanity into space. Therefore, it is not surprising that this quirky businessman put a revolutionary plane like the Blackbird on his favorites list.