The James Webb telescope sent back to Earth new images, revealing many unknown features of the nebula 161,000 light-years away. 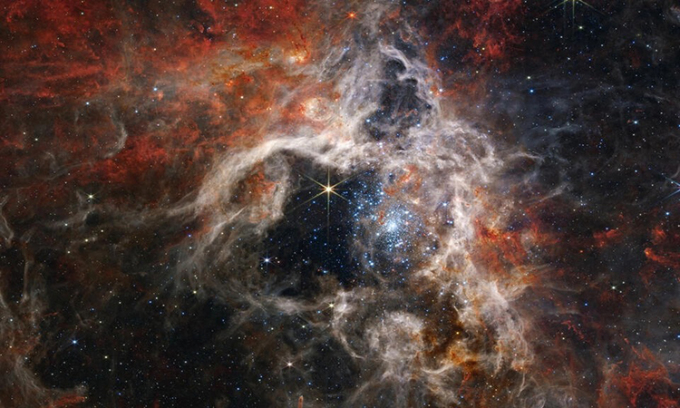 The Red Spider Nebula, or Tarantula or 30 Doradus, is a region of space characterized by giant dust filaments resembling the legs of a hairy spider and has long been a favorite object of observation for astronomers. focus on star formation.

Thanks to the James Webb space telescope's high-resolution infrared instrument , researchers were able to see for the first time thousands of young stars, along with their distant background galaxies and detailed gas-dust structures. nebula.

Webb works mainly in the infrared spectrum, because light from distant cosmic objects has been stretched to this wavelength during the expansion of the universe.

The telescope's main camera, the near-infrared camera (NIRCam), imaged the central cavity of the nebula and showed it to be emptied by radiation carried by the stellar wind, emitted by a massive young star cluster that appeared. as light blue dots.

Webb's near-infrared spectrometer (NIRSpec) when analyzing light patterns to determine the composition of objects caught a young star gobbling up a dust cloud from around itself.

The special interest of astronomers in the Tarantula Nebula stems from its chemical composition being similar to the regions of massive star formation observed a few billion years after the Big Bang, the period known as " cosmic noon" when star formation peaks. Just 161,000 light-years away, Tarantula is a striking example of a period of cosmic growth.

Webb also offers scientists the opportunity to observe distant galaxies and compare them with Tarantula to understand similarities and differences.

In operation since July, Webb is the most powerful space telescope ever built with a sensitivity improved 100 times over the Hubble telescope. Astronomers believe it will usher in a new era of discovery. 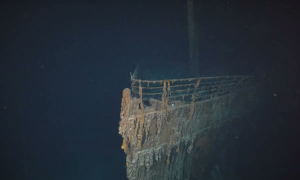