To serve the first 64 matches of the World Cup from November 20 to December 18, Qatar uses 8 stadiums, each with its own architecture and special design. 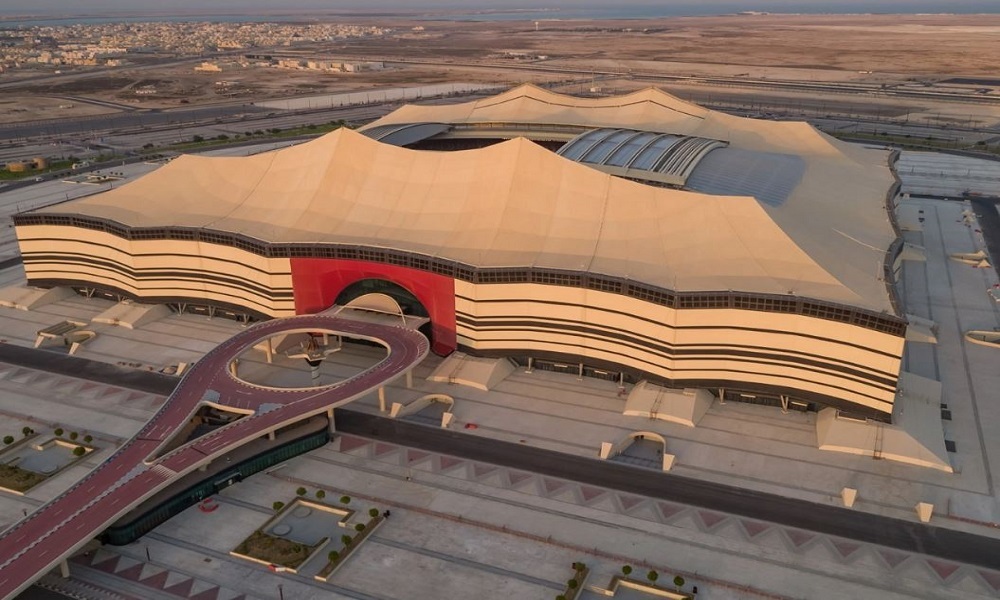 The World Cup kicks off on November 20 at Al Bayt Stadium in Al Khor City. This stadium has a capacity of 60,000 people, inaugurated in 2021 according to the design of Dar Al-Handasah. This is also the venue for one of the semi-finals of the tournament. The stadium is shaped like a giant hut once used by nomads in Qatar and the Gulf. Surrounding the pitch is a PTFE (Polytetrafluoroethylene) fiberglass membrane, including a removable roof that helps support cooling technologies. After the World Cup, this 60,000-seat stadium will be reduced to 40,000 seats.

The modular upper deck will be moved and the seats reused for other sports facilities around the world. Along with the green space surrounding the courtyard, the lounge on the upper floor of the courtyard will transform into a 5-star hotel. In addition, the stadium will integrate a shopping mall, food court, gym, multi-purpose hall and sports hospital. 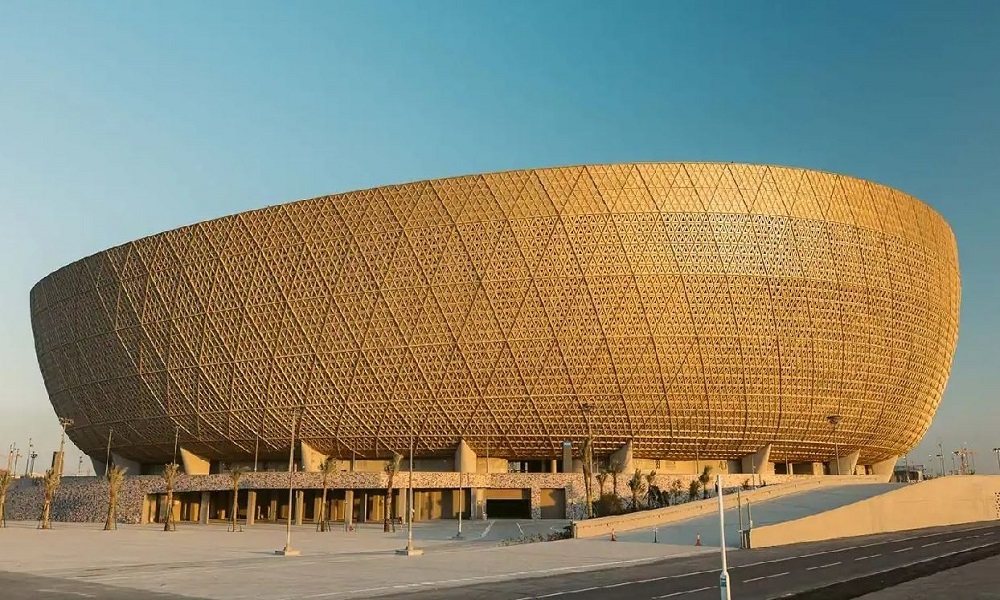 Lusail Stadium in Lusail City, capacity 80,000 people. This is the largest stadium in the 2022 World Cup, where the final tournament will be held, designed by two firms, Foster + Partners and Populous. Inspired by the light and shadow of lanterns, the courtyard's façade consists of triangular paneling and steel sections, and many decorative details mimic the patterns found in regional bowls. Open in 2022, seating on the patio is divided into 3 floors. The PTFE roof allows light to shine through for grass growth, while blocking out hot wind and dust, and providing shade to reduce stress on the air conditioning system. After the tournament, this stadium will be converted into a complex of affordable housing, shops, restaurants, clinics and schools. 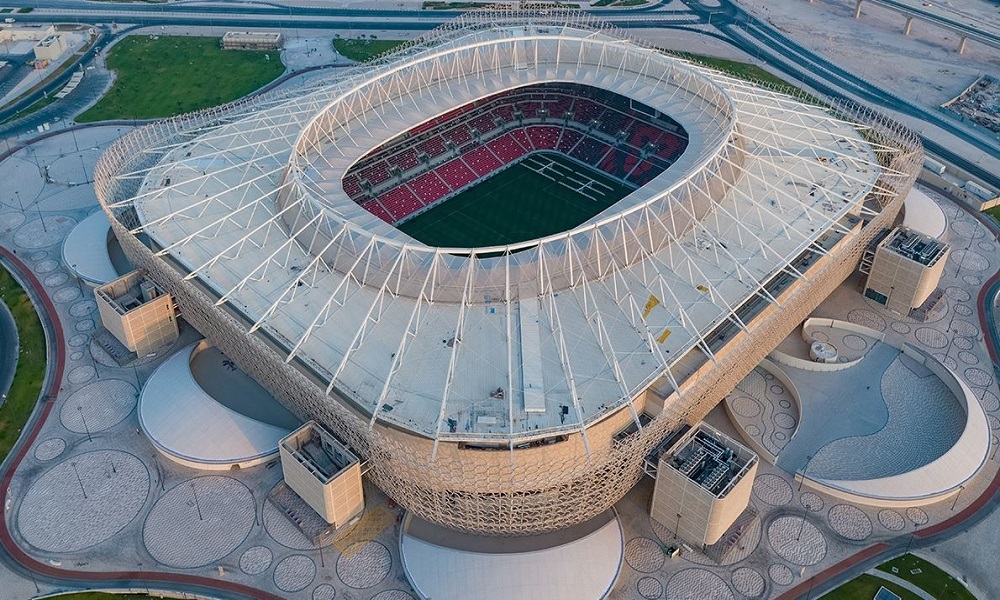 Ahmad Bin Ali Stadium in Umm Al Afaei, capacity 40,000 people. The courtyard, designed with a luminous facade, by design firm Ramboll and Pattern Design, includes important motifs such as the undulating shape of the sand dunes. This stadium opens in 2020, replacing the previous old stadium. More than 90% of construction materials are reused or recycled from the old stadium. Trees are moved to other locations on the property. After the World Cup, 20,000 seats will be moved and reused for other sporting events. The area will become the home of the local football team. 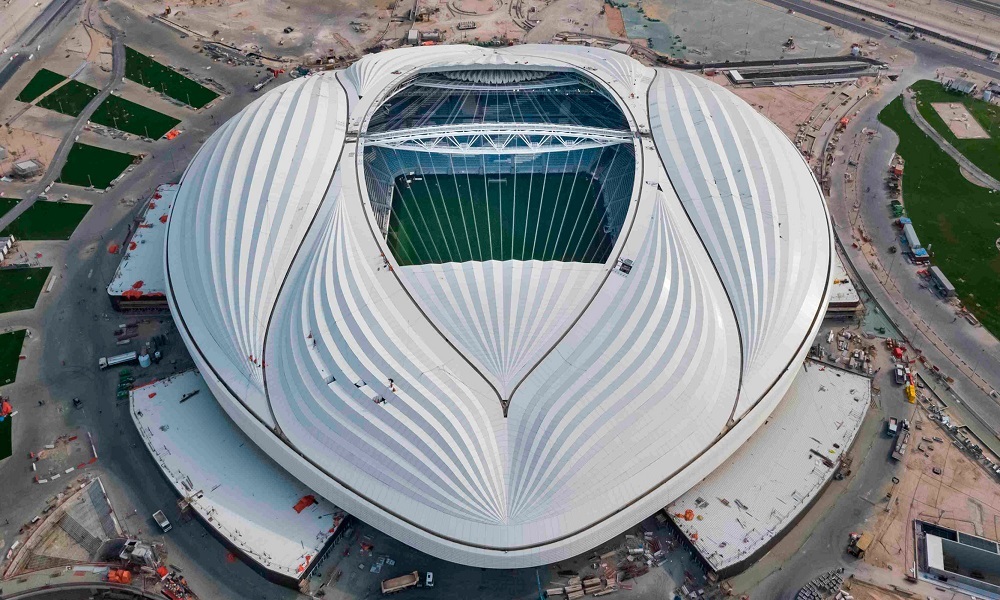 Al Janoub Stadium in Al Wakrah, capacity 40,000 people. The design of the yard is inspired by the sails of traditional handmade wooden boats used by people in the city to go to the sea. With a movable roof, the stadium inaugurated in 2019 will be used by the local football team all year round and reduced to 20,000 seats after the World Cup. The 416-ton roof was built on six temporary trusses before being lifted into place and welded in place. AECOM and Zaha Hadid Architects are two stadium design firms. 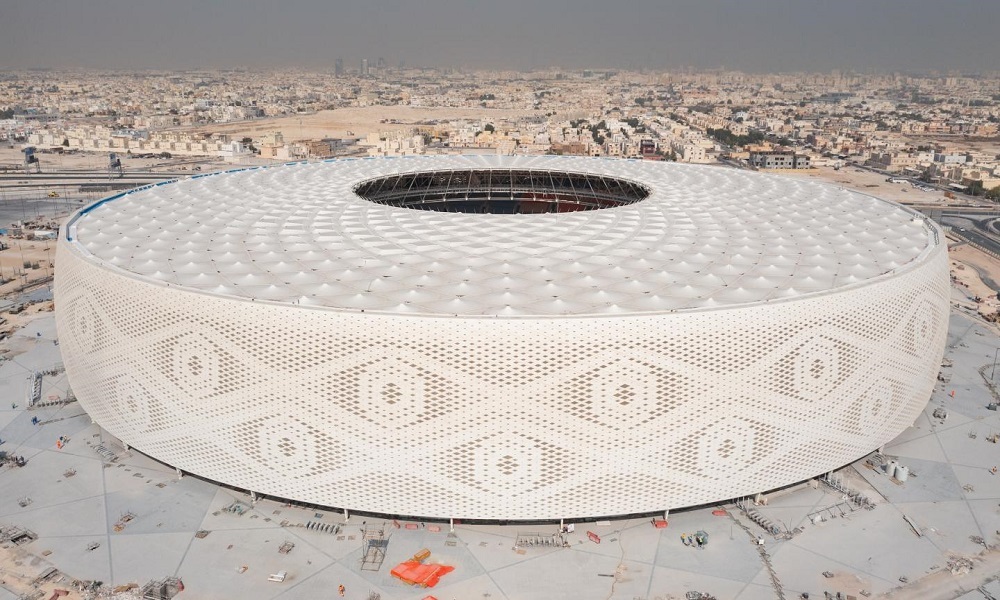 Al Thumama Stadium in Al Thumama, capacity 40,000 people. The stadium is stylized from gahfiya, the traditional hat worn by boys and men in the Middle East, and its white exterior stands out against the surrounding green. Architect Ibrahim M. Jaidah is in charge of design, the yard will be inaugurated in 2021. Al Thumama Stadium applies cooling technology to help prevent heat. After the World Cup, 20,000 seats will be moved. A high-end hotel will replace the upper floor of the field with sweeping views of the football field. 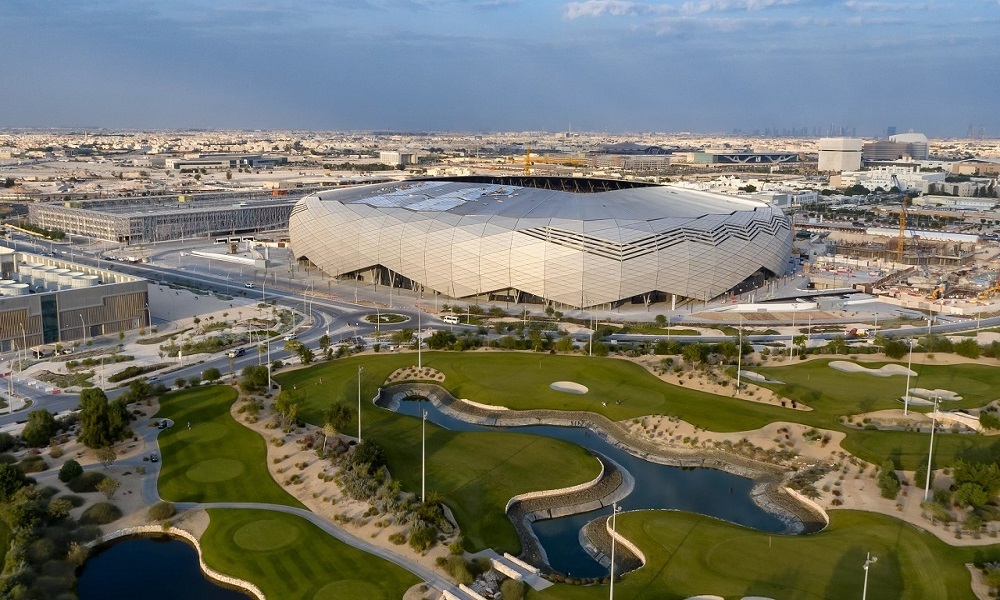 Education City Stadium in Al Rayyan, capacity 40,000. Designed by Fenwick-Iribarren Architects and Pattern Design, the Education City stadium opens in 2020. The façade of the stadium consists of many triangles, forming a diamond-like geometric pattern that looks like it changes color. following the motion of the Sun in the sky. At night, the facade becomes a digital light show. After the World Cup, 20,000 seats will be moved, the stadium will house a sports center for the community and the top floor will become a classroom for nearby universities. 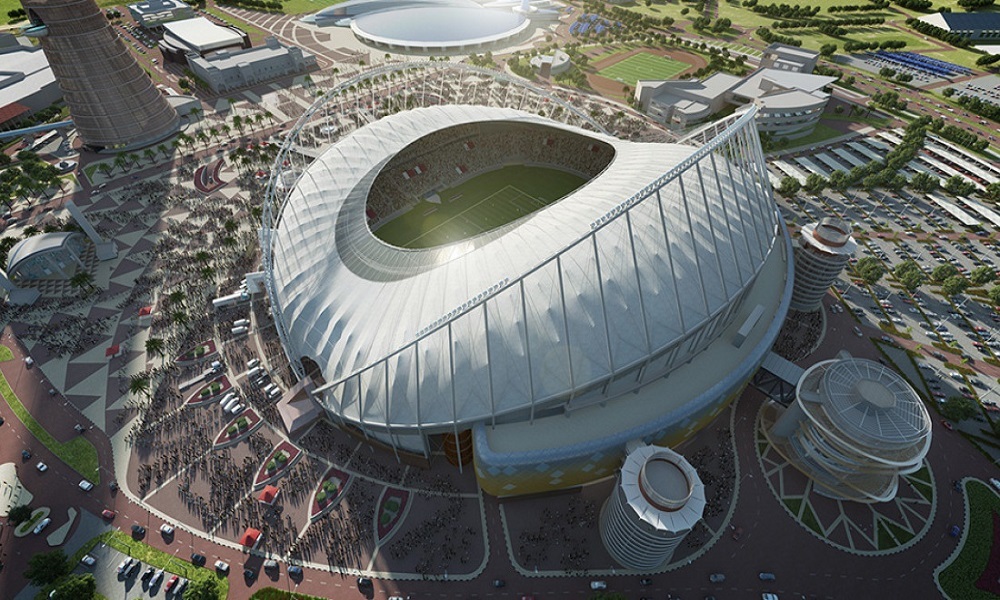 Khalifa International Stadium in Aspire, capacity 40,000 people. This is the only stadium that has been renovated, not built new. The stadium was built in 1976 and redeveloped in 2017 by Dar Al-Handasah in preparation for the World Cup. The double arch of the yard remains the same with the wide roof integrated with the cooling system. A new floor with 10,450 seats helps to increase the capacity of the stadium to 40,000 people, accompanied by LED lighting system. 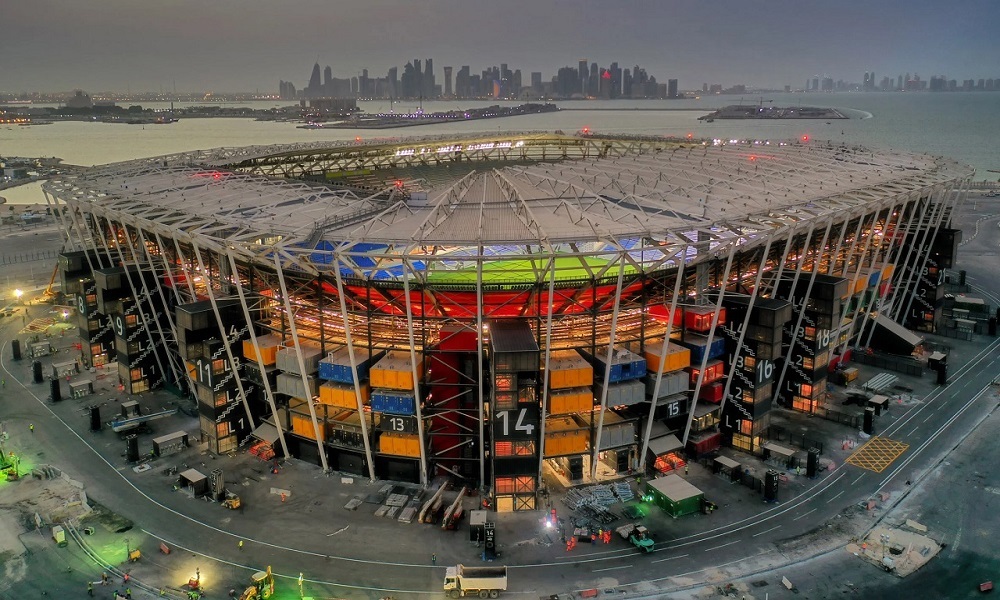 Stadium 974 in Ras Abu Aboud, capacity 40,000 people, is built entirely from 974 cargo containers and modular steel. It is the world's first World Cup stadium that can be completely disassembled after the tournament. Designed by Fenwick-Iribarren Architects, the standard containers come in vibrant colors and modular textures that reduce the need for materials. Many of the materials used for the stadium opening in 2021 are transported in these same containers. With a position in the middle of the natural wind direction, the patio seating area takes advantage of cool wind instead of air conditioning technology for ventilation.