USA Researchers at the Massachusetts Institute of Technology (MIT) have developed a new camera that does not require batteries and transmits images wirelessly over water. 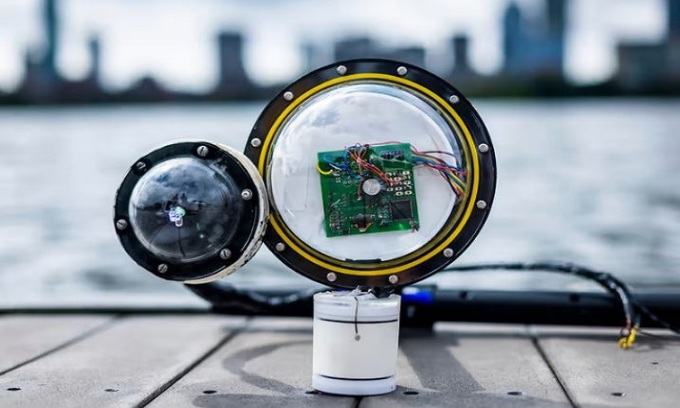 Instead of using batteries or long power coils, MIT's camera model integrates a series of adapters mounted on the outside. When sound waves from sources such as animals or underwater vehicles travel to a transducer, the pressure created by that wave causes special material inside the transducer to vibrate. Because materials have a piezoelectric effect, they produce an electric current in response to vibrations. The energy generated in this way will be stored in the supercapacitor used to take pictures.

To keep the energy requirement for imaging as low as possible, the researchers used an extremely energy-efficient imaging sensor. However, the sensors can only capture grayscale images. To overcome that limitation, each image consists of 3 separate exposure layers, using red LEDs, green LEDs and blue LEDs respectively. While each layer looks black-and-white, it represents how the object reflects light at either red, green, or blue wavelengths. As a result, when all three images are analyzed and synthesized, they can form a composite color image.

To date, the technology has a maximum underwater range of 40 meters and has been successfully used for tasks such as recording plant growth for more than a week. The MIT team hopes to increase the camera's range and memory to the point where it can transmit images in real time and even record moving video. They published the results of the study on September 26 in the journal Nature Communications.