THE US company Space Perspective purchased an ocean liner as a sea take-off platform for hot air balloon flights to the stratosphere.

Space Perspective announced on November 16 that it has purchased an "offshore spacecraft carrier" that aims to begin sending customers into the Earth's stratosphere by 2024.

The ocean liner - named MS Voyager after NASA's Voyager 1 space probe mission - is 89 meters long and can be customized to launch and recover the Spaceship Neptune passenger capsule operated by Space Perspective.

The mobile spaceport at sea creates ideal launch conditions in two ways: navigating to areas with good weather, allowing year-round operation in an area, and traveling downwind so virtually there is no wind blowing over the deck. Space Perspective says it plans to form a "fleet" of ships like the MS Voyager.

MS Voyager will use biofuels to reduce carbon emissions. The ship also offers more options for day and night launches and flexible destinations for passengers who cannot fly to a fixed launch site on land. 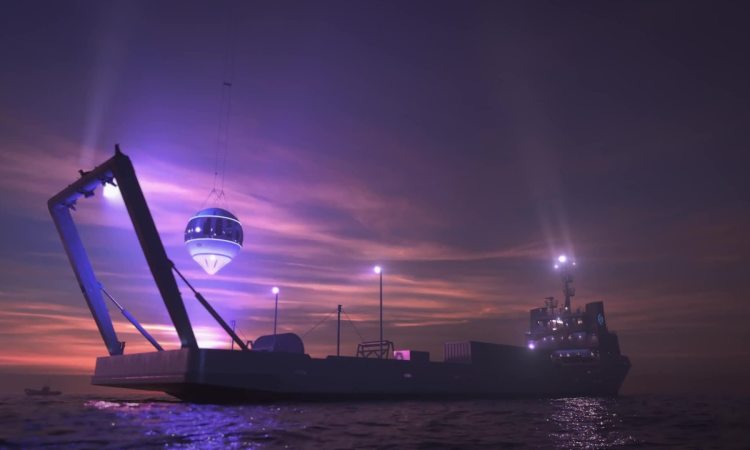 "Removing geographical borders for launch and landing accelerates our mission to make this travel experience more accessible to the world and international markets in a safe, reliable and low-cost way. impact on the green planet," emphasized Jane Poynter, founder and CEO of Space Perspective.

The Spaceship Neptune can accommodate a pilot and 8 passengers. Inside there are seats, a bar, a bathroom, and large windows for viewing Earth from the stratosphere. This passenger compartment will be gently lifted by a 200-meter-high balloon filled with hydrogen and takes about two hours to reach an altitude of 30,000 meters.

Spaceship Neptune also took about two hours to land. It was designed to land on the surface and stabilized by small boats before being lifted onto the MS Voyager.

Last year, Space Perspective successfully tested an unmanned flight with a simulation of the Spaceship Neptune from a land site near Kennedy Space Center in Florida, USA. According to Poynter, the expected fare for this hot air balloon experience is $125,000 per person.