Top secret US plane returns after 908 days in space

The US drone landed in the early morning hours of November 12 after spending a record 908 days in orbit on its sixth mission. 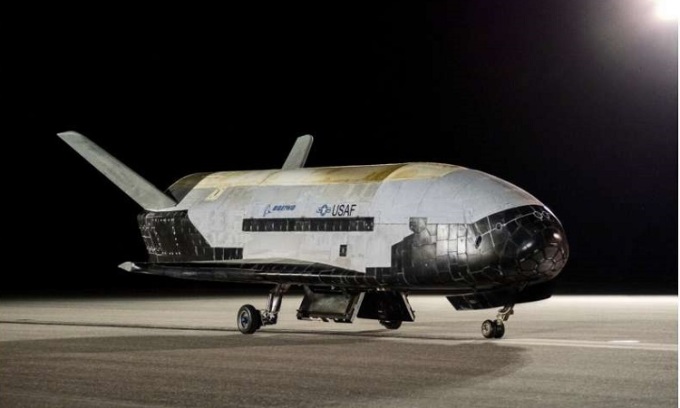 The solar-powered vehicle that looks like a miniature space shuttle landed at NASA's Kennedy Space Center. The X-37B's previous mission lasted 780 days. "Since the X-37B's first launch in 2010, the machine has continuously broken records, providing the US with the ability to rapidly test and integrate new space technologies," said Jim Chilton, vice president. Boeing, the company that develops the vehicle, said.

For the first time, the space plane includes a service module that performs experiments for the Naval Research Laboratory, the US Air Force Academy and many other entities. This module separates from the vehicle before leaving orbit to ensure a safe landing. Among the experiments was a satellite called FalconSat-8 designed and built by the US Air Force Academy in conjunction with the Air Force Research Laboratory. FalconSat-8 was deployed in October 2021 and is still in orbit. Another experiment evaluated the effects of long-term radiation exposure on seeds.

"This mission highlights the United States Air Force's focus on collaborating in space exploration and increasing low-cost access to space with our partners," said Lt Gen Chance Saltzman of the US Space Force. , said.

Most of the project's activities have been kept secret ever since. The US Air Force only said that this is a technology test program to find a new generation of unmanned space vehicle platform. Some experts believe that the X-37B is a vehicle for transporting space weapons systems, reconnaissance satellites or multiple reconnaissance sensor systems.