"Through the air" 700 years, NASA penetrated the "new species" in the planetary world

The James Webb super telescope has for the first time "pierced" the atmosphere of a planet unlike anything seen in the solar system or neighboring star systems.
Theo SciTech Daily, planetThe mysterious WASP-39b is a gas giant about the size of Saturn, but orbits its parent star WASP-39 at a closer distance than the Mercury-Sun distance, making it the a rare "new species" in the planetary world: hot Saturn.

The planet has been found previously by other space telescopes including NASA's Hubble and Spitzer, which have recorded some properties of the atmosphere. 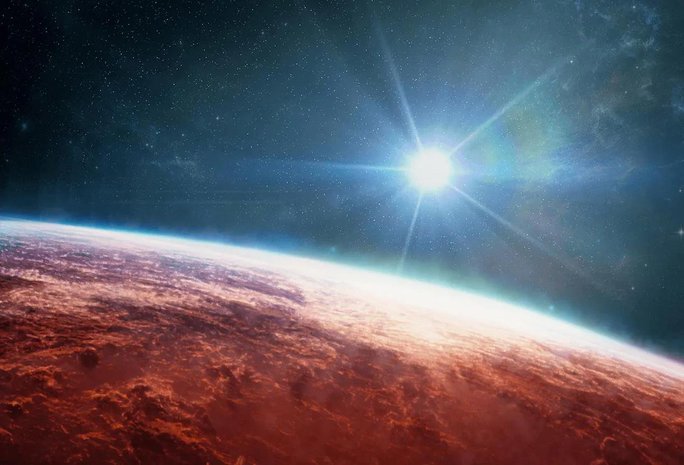 But thanks to the "magic eye of" James Webb's newest and most powerful space telescope, operated by NASA, supported by ESA and CSA (the European and Canadian space agency), the world is mysterious. in this "sea of ​​clouds" of "hot Saturn" has just been revealed.

Astronomer Natalie Batalha from the University of California at Santa Cruz (USSC - USA), who coordinated the new study led by NASA, said the findings would be "game-changing".

For the first time, traces of SO2 have been found in an exoplanet's atmosphere, a molecule created from chemical reactions triggered by high-energy light from its parent star, in the same way that Earth's ozone layer does. is set.

According to researcher Shang-Min Tsai from the University of Oxford (UK), lead author, this is the first concrete evidence of the photochemical reaction of an exoplanet. In addition, James Webb also found clear signs of sodium, potassium, water vapor, CO2 ... in this special atmosphere.

Tracking chemical reactions in an atmosphere 700 light-years away shows that this super telescope is more than capable of capturing chemical signatures and reactions that may be related to life - What scientists expect with a long line of Earth-like exoplanets has been identified.

As hot Saturn, WASP-39b is almost certainly devoid of life, but it is an excellent laboratory for discovering the chemical composition of a distant exoplanet, including potentially life-threatening exoplanets. livable is located only a few dozen light-years away.

The new discoveries about WASP-39b are detailed in 5 different scientific papers, 3 of which have been published in journals, 2 of which are pending peer review.