The engine helps the supersonic aircraft reach a speed of 11,113 km/h 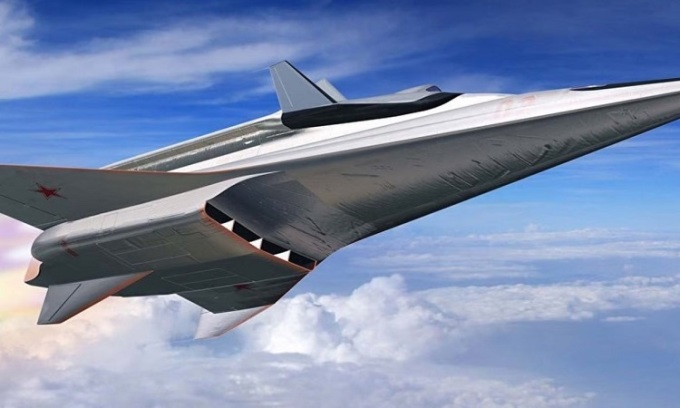 The research team led by Liu Yunfeng, a senior engineer at the Institute of Mechanical Engineering, Chinese Academy of Sciences, shared the technical details of the kerosene-powered engine in a paper published November 11 in the journal Experiments in Fluid Mechanics. Detonation engines can be more powerful and run more efficiently than other supersonic engines such as jet engines.

The shock wave triggers a series of explosions that occur almost instantaneously and release far more energy than a traditional internal combustion engine of the same energy level, especially at speeds above Mach 8 (9,878 km/h). . Several ground tests have been successful with indirect detonation engines, which generate thrust through a series of explosions, which took place in the JF-12 hypersonic shock wave tunnel in Beijing earlier this year. , according to the research team.

Scientists around the world have built detonation engines, but most use hydrogen as fuel, which entails high costs and high explosion risk. Liu and his colleagues' engines use RP-3, a common jet fuel at Chinese airports. According to him, kerosene is the fuel of choice for aspirated engines due to its high energy density, ease of storage and transport.

The idea of ​​using jet fuel for supersonic aircraft has been around for decades, but igniting kerosene in extremely hot and fast-moving air poses challenges for scientists. Kerosene burns more slowly than hydrogen, so kerosene-powered engines typically require a longer detonation chamber to maintain the fuel-air mixture for longer. Computer models estimate that the detonation chamber of a kerosene-powered engine needs to be 10 times longer than that of a hydrogen-powered engine. Extra length is not possible for most supersonic aircraft.

But Chinese scientists discovered that a simple tweak, adding a notch to the surface of the engine's air intake, could make kerosene ignition easier while keeping its compact size. of the detonation chamber. As air passes through the narrow mouth of the wedge-shaped intake, the fast-moving gas molecules are compressed and heated. The hot air then mixes with tiny kerosene droplets. They break down and form many smaller molecules.

While the gas and fuel mixture is in contact with the bump on the smooth surface of the intake manifold, a shock wave occurs. The results of testing conducted under different conditions in the JF-12 tunnel show that the shock wave generated in this way not only ignites the kerosene, but also confines the explosion to a small space, providing a powerful source of energy. stable push.

The Chinese government plans to use hypersonic technology to build a fleet of aircraft that can carry passengers to any place on Earth within 1-2 hours. Supersonic aircraft must be able to fly long distances in extreme conditions. Reducing manufacturing and operating costs remains a major challenge, according to scientists and engineers involved in the development of the technology.