The beauty of a galaxy "cannibalism" of its kind

Hubble captures a galaxy 35 million light-years from Earth that once annexed a nearby smaller galaxy to be as big and beautiful as it is today.

The image reveals the splendor of galaxy NGC 4651 with its clearly visible giant spiral arm and bright center. The galaxy located in the constellation Coma Berenices is about 50,000 light-years wide and forms part of the Virgo cluster that includes more than 1,000 other galaxies. 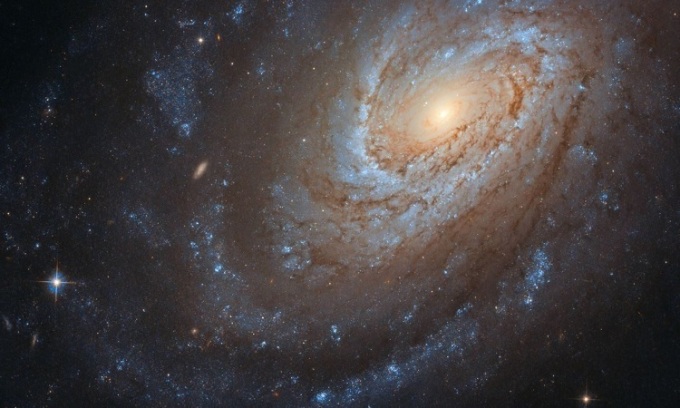 NGC 4651 is sometimes called an "umbrella galaxy" because of its opaque, umbrella-like structure that spans 50,000 light-years from the galactic disk. Astronomers believe that the cosmic umbrella is made up of stellar lines or streaks that originate from a nearby smaller galaxy that NGC 4651 has "eaten" in the distant past.

"The special spiral galaxy called NGC 4651 looks calm and beautiful with its spiraling shape in the vast space of the universe, but don't be fooled, it contains a ferocious secret. 'eat' another smaller galaxy to become the beautiful, large spiral galaxy we see today, "said the European Space Agency (ESA).

Hubble images are composed of three separate exposure photos under visible and near-infrared light of high-end CCTV. English astronomer William Herschel discovered NGC 4651 on December 30, 1783. The Virgo cluster containing NGC 4651 is located in the center of the Virgo super cluster, which is home to more than one million galaxies spanning about 110 million light-years. The Hubble Space Telescope, co-operated by NASA and ESA, has been observing the universe for nearly 30 years, capturing many impressive images of the universe.