The AWWA Sky Whale aircraft model of designer Oscar Vinals has a capacity of 755 passengers at a speed of nearly 1,000 km / h. 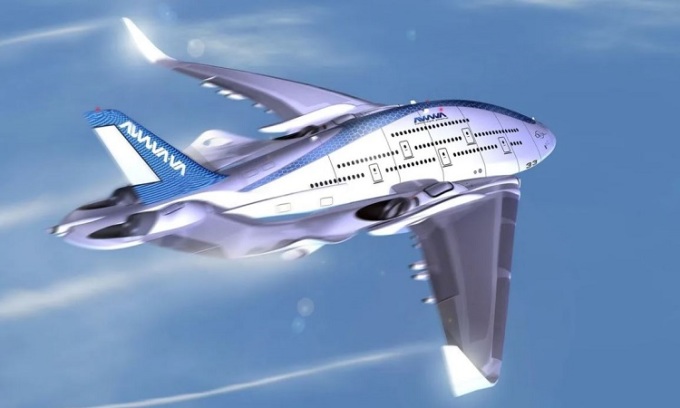 The AWWA Sky Whale could become a reality in the future. Photo: Oscar Vinals

The wing section will be longer than the wings commonly used today with turbines inside the wings, near the fuselage, which can guide laminar and turbulent flows while generating electricity to power four gasoline-electric hybrid engines. or large oil. The engines of the AWWA Sky Whale can be tilted 45 degrees to support the take-off and landing motion. The electronic control system will be used to control everything with the help of active sensors located throughout the plane's surface.

The AWWA Sky Whale will be 76.8 meters long and have a top speed of 997 km/h, equivalent to today's best long-range aircraft such as the Airbus A380-800 and Boeing 747. However, the plane will be larger and can accommodate 755 passengers. Sky Whale is designed as a flying hotel with full facilities from gym to spa and many high-tech equipment. On this 3-deck aircraft, passengers will be divided into passenger, business and first class. First class passengers will be able to enjoy the view through the roof windows.

According to Vinals, the demand for large passenger aircraft equipped with advanced technology is increasing, so his design is likely to become a reality in the future.