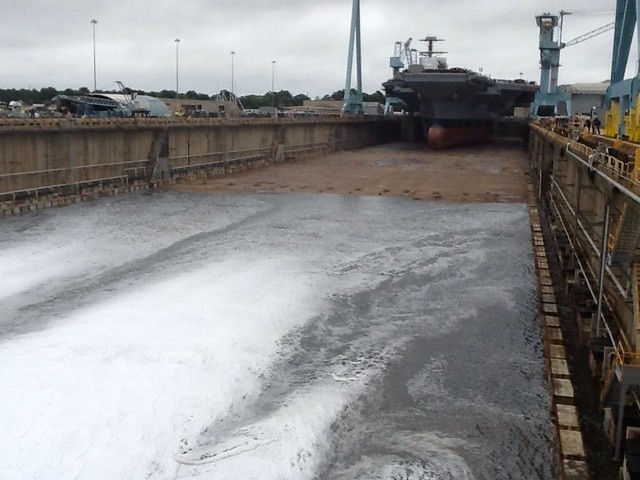 Yesterday 11/10, the US Navy pumped 400 million liters of water into the ship to conduct tests of a new generation super carrier USS Gerald R. Ford (CVN-78). 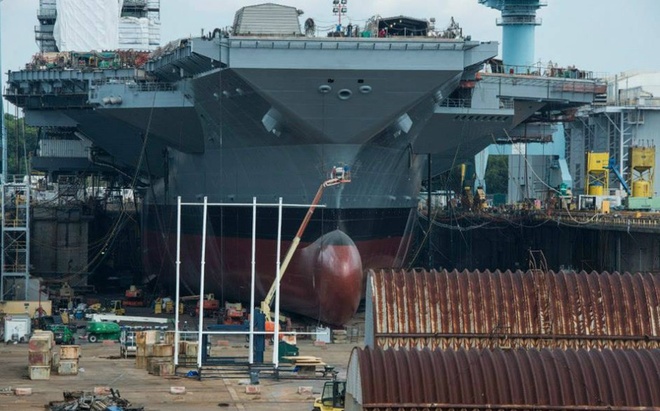 The first ship of the class of the aircraft carrier of the same name, USS Gerald R. Ford was built at Newport News Shipbuilding Company in Hampton Roads, Virginia. With a total value of up to 13.5 billion USD, USS Gerald R. Ford will be the most expensive battleship of the US Navy. The entire project of building the ship created jobs for 19,000 workers. Photo: gmw.cn. 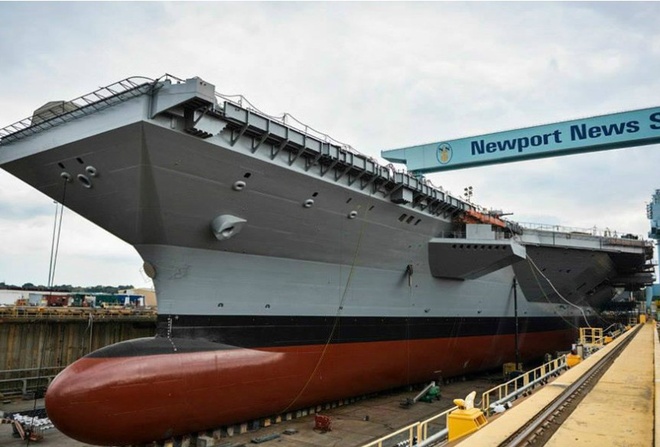 Northrop Grumman, the leading US military equipment manufacturer, has signed a contract to design and build the USS Gerald R. Ford aircraft carrier, the first ship of the super-class aircraft carrier of the same name. Photo: gmw.cn.

Gerald R. Ford is the 38th President of the United States. During World War II, Gerald R. Ford once piloted US Navy fighter aircraft on the Pacific Ocean. In 2006, Virginia Senator John Warner proposed using the name of former President Ford to name the new US aircraft carrier class, of which CVN-78 was the first ship. Photo: gmw.cn. 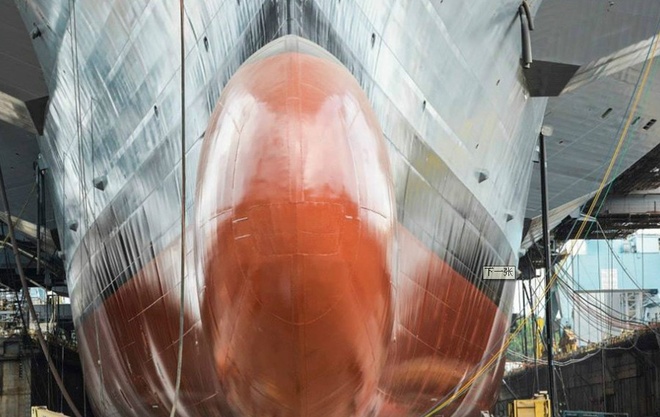 On May 7, 2013, shipbuilding experts completed 100% of the structure of the aircraft carrier USS Gerald R. Ford. Currently, the ship is being painted with anti-corrosion paint, installed propellers, completed electrical and electronic systems, anchoring systems and modern radar systems, helping it take on the role of super ship. The planet's most expensive airport. Photo: gmw.cn. 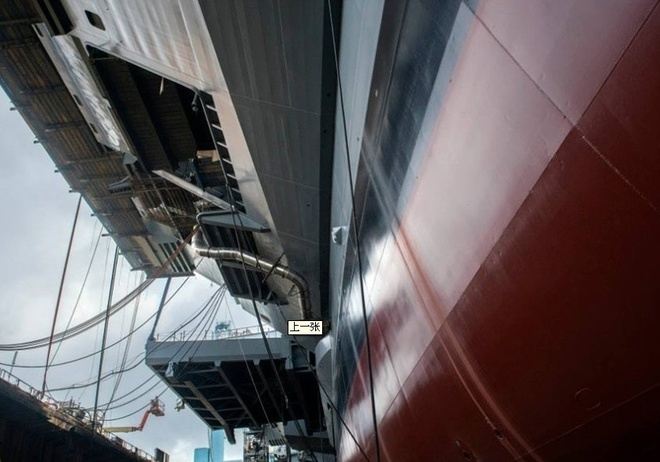 As the first Gerald R. Ford-class ship, CVN-78 owned a displacement of up to 112,000 tons. The ship is 337m long, the widest being 78m while the highest is 76m. Possessing two A1B nuclear reactors, the ship is capable of moving at speeds of over 30 knots, equivalent to over 54 km / h. Because of the use of nuclear fuel, each carrier of the Gerald R. Ford class can operate continuously for 20 - 25 years. Photo: gmw.cn. 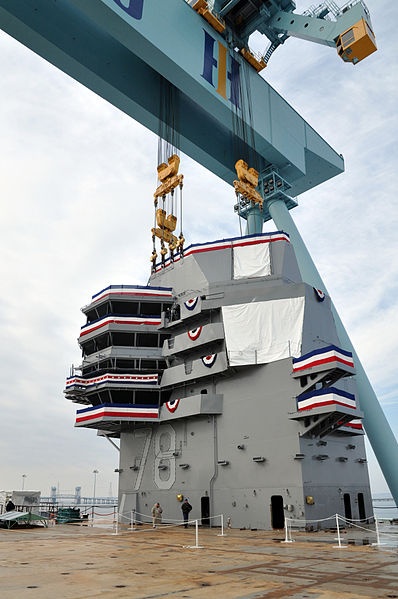 Owing to its huge size, USS Gerald R. Ford's command tower alone weighed 555 tons. This tower section is made separately and is installed on a carrier deck by a giant crane. This will be the center of all combat operations on CVN-78. Photo: Wikipedia. 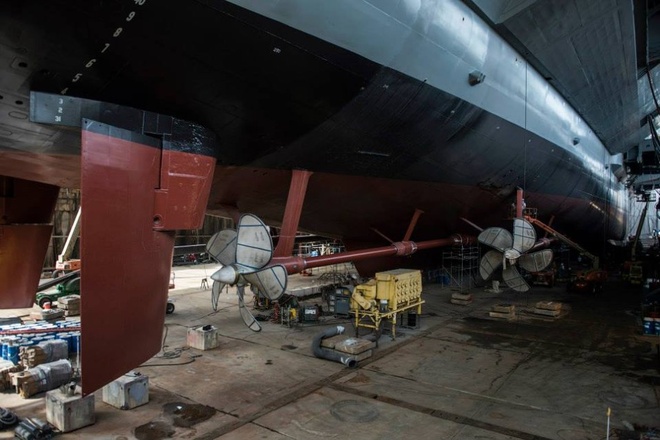 With more than 75 aircraft of all types, USS Gerald R. Ford needs a crew of up to 4,660 people to maintain all operations. Because of teamwork, USS Gerald R. Ford owned only a short-range defense system, aiming to shoot down weapons that pass through the protection of the escorts. Photo: gmw.cn. 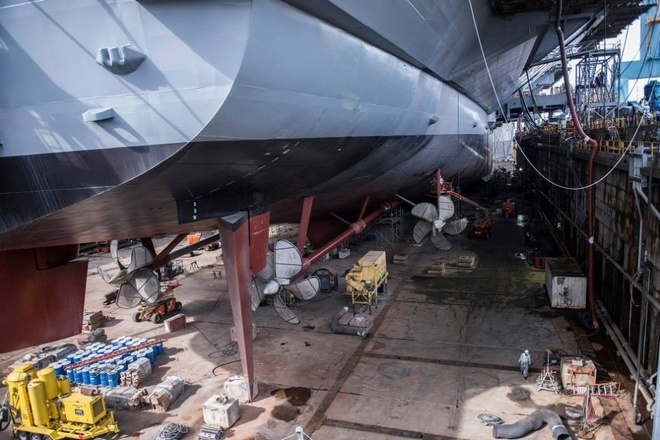 According to the initial plan, USS Gerald R. Ford will officially launch in July 2013 and be on the US Navy staff in 2015 but the delay in the construction process forced it to postpone the scheduled release time. until November 9, 2013 and could only enter the navy in 2016. Photo: gmw.cn.