The official ball for the FIFA World Cup 2022 uses innovative core technology for the first time, allowing the ball to fly faster and more accurately. 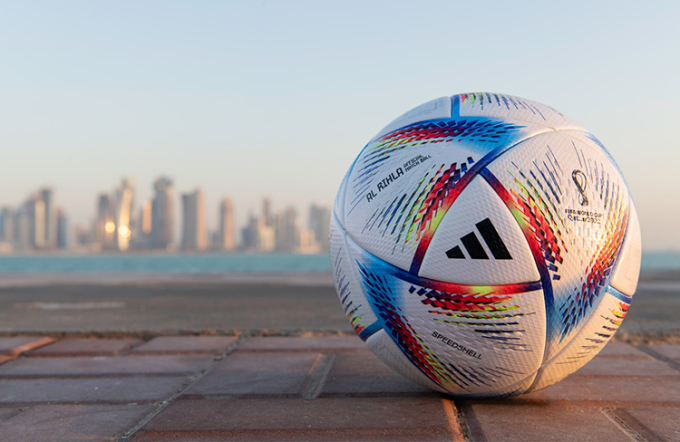 Al Rihla balls are used for matches at the 2022 World Cup. Photo: Adidas

At the end of March 2022, Adidas announced the Al Rihla, the official match ball for the 2022 Qatar FIFA World Cup. It has been described as "flying faster than any other ball in history." World Cup", helping to support the match at top speed.

"The matches are getting faster and faster. That's when the accuracy and stability of the ball becomes extremely important. The new design allows Al Rihla to maintain a significantly higher speed through the air." Franziska Loeffelmann, Design Director of Football Graphics & Hardwear at Adidas, said. "At the largest sporting stage on the planet, we aim to make the impossible possible with radical innovation by creating the fastest and most accurate World Cup ball."

Engineered from the inside out based on data from rigorous testing in both the lab, wind tunnels and on the field, Al Rihla offers the ultimate in accuracy and stability on the football field, thanks in part to New technology and special surface texture. 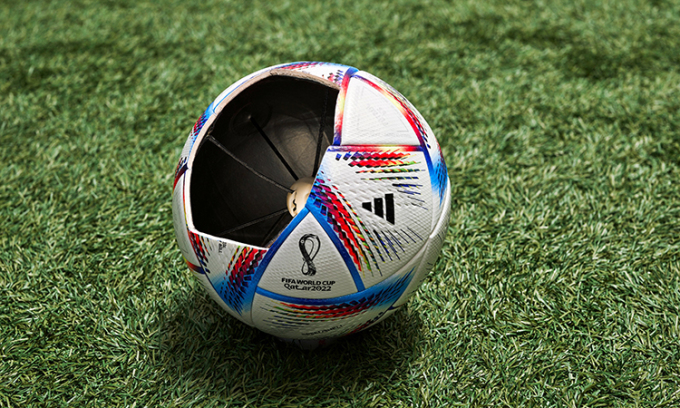 Inside the 2022 World Cup ball there is a special core. Photo: Adidas

Al Rihla is the first ball to feature CTR-CORE's innovative core technology, which includes a central chip that can track each player's touch at a rate of 500 times per second.

It has a suspension system that uses an inertial 500 Hz motion sensor (IMU), which allows high-precision ball motion data to be collected and sent to the referees video during the game. So it will also help improve decisions using VAR.

According to ESPN , the old VAR system took 70 seconds to officially determine an offside case. CTR-CORE can help make a decision in just 25 seconds.

Adidas notes that the new technology is "completely invisible" and imperceptible to the players. It does not affect their performance. The sensor is powered by a battery and can be charged by induction. 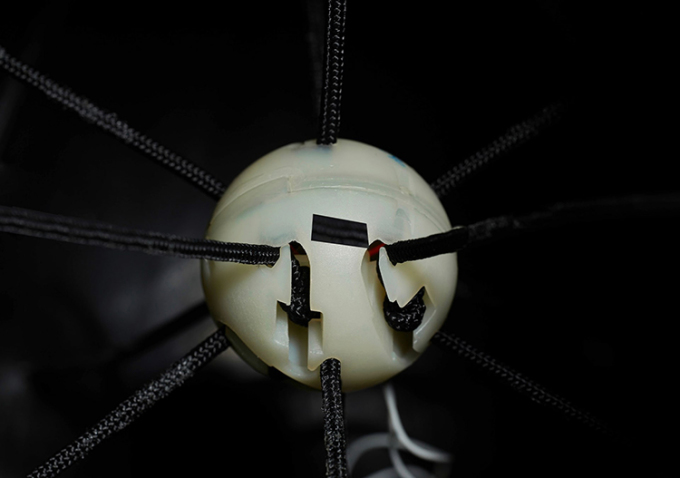 The special core is located in the center of the 2022 World Cup ball. Photo: Adidas

CTR-CORE was developed by Adidas in close cooperation with FIFA and software company KINEXON, one of the leading providers of real-time location-based automation and connectivity based in Munich, Germany.

"This technology is the result of three years of research and testing to provide the best possible experience for the referees, teams, players and fans, who will arrive in Qatar in November this year." , says Johannes Holzmüller, Football Innovation & Technology Manager at FIFA.

In terms of surface texture, Al Rihla uses a new polyurethane (PU) leather material - called Speed ​​Shell - which consists of 20 panels bonded together by heat, not stitching, according to Doha News. This design enhances aerodynamics to improve ball accuracy and stability in flight. Al Rihla is also the first World Cup ball to use only environmentally friendly water-based glue and ink.

Al Rihla in Arabic means "journey". Hoping to use football as a vehicle to promote positive social change, Adidas has committed to donating 1% of Al Rihla ball sales to the Common Goal movement.