A company has just announced plans to build a friendly super-transport ship, with the body like sails to take full advantage of the wind's propulsion.
Following the design of Lade AS, the Norwegian-based company, the hull of a giant cargo ship will function like a giant aircraft wing. Vindskip, the name of the ship, uses wind but no sails. The ship itself is designed in the form of a giant sail, capable of taking full advantage of the thrust of the wind in the oceans. 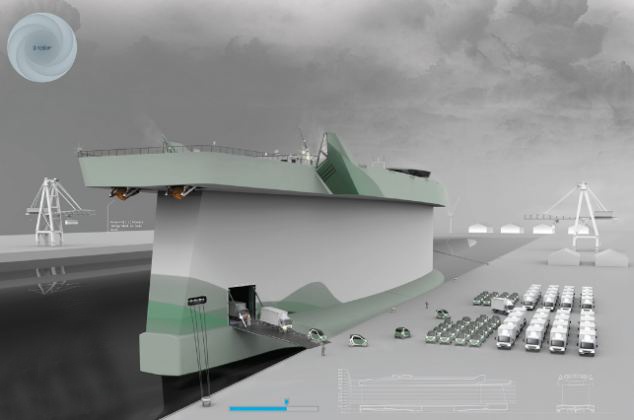 Super environmentally friendly transport Vindskip. Photo: Lade AS.
Lade AS said that the special hull design helps Vindskip save up to 60% of fuel and reduce 80% of emissions during operation. However, the ship still has two engines to help it move in the event of windless weather or unfavorable weather. Special software will monitor the wind direction to calculate and provide the most reasonable control method for the ship. 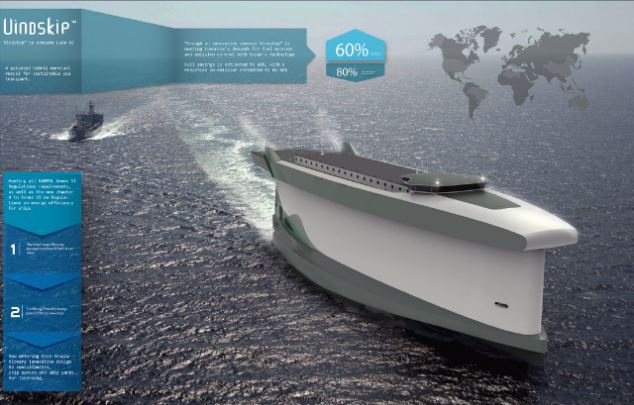 Special design helps Vindskip make good use of aerodynamic advantages. Photo: Lade AS.
According to the designers, the concept of the Vindskip super-ship design comes from the outstanding achievements of the aerospace industry. The hull is symmetrically shaped like an aircraft wing, making full use of aerodynamic advantages, making the ship lighter and more flexible. Vindskip engines use liquid gas fuel.

The idea of ​​Vindskip came about shortly after the world's largest solar powered vessel, MS Turanor Planet Solar, entered the Thames River, London after a transatlantic study. Ships like the MS Turanor Planet Solar and Vindskip are opening new opportunities for the environmentally friendly shipbuilding industry.