The Hakuto-R lander could become the first private vehicle to land on the Moon with an expected landing date of April 2023. 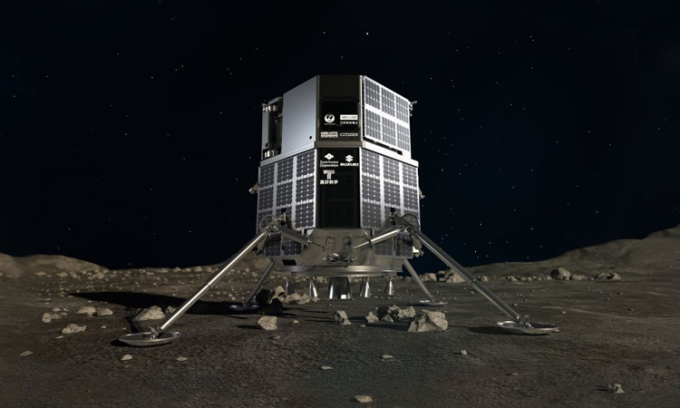 Design of the Hakuto-R lunar lander by ispace. Photo: Space

The Hakuto-R lander of Japanese company ispace is scheduled to launch into space, towards the Atlas crater on the Moon, on November 28. SpaceX's Falcon 9 rocket will take Hakuto-R off the launch pad at Cape Canaveral Space Force Base, Florida, and reach the Moon in April 2023 at the earliest.

After landing, Hakuto-R will deploy a small UAE self-propelled robot called Rashid. This 4-wheeled robot is expected to study the Moon for 14 days (calculated by the length of the day on Earth) using high-resolution cameras, thermal imaging equipment, microscopy equipment and detectors designed to monitor the Moon. charge on the surface of the Moon.

The Hakuto-R mission could mark the first time a private company has successfully landed on the lunar surface, but this is far from certain. With support from NASA, Intuitive Machines plans to launch the Nova-C lander in March 2023, while Astrobotic's Peregrine lander will launch in the first quarter of 2023.

Hakuto-R's main landing site, the Atlas crater, is located in the northeastern part of the Moon, near Mare Frigoris or the Cold Sea. This location was chosen to maintain flexibility during operations, according to ispace.

"Criteria of the target site are carefully considered, including the duration of the Sun's continuous illumination and the ability to receive communications from Earth. Alternative landing sites are Lacus Somniorum, Sinus Iridium , Oceanus Procellarum, and some other places," said ispace representative.

Hakuto means "white rabbit" in Japanese. This is the name of the team of experts from ispace participating in the Google Lunar X-Prize (GLXP) competition. The contest proposes a $20 million prize for the first private unit to put a lander on the Moon and perform a number of missions on it. The contest ended 2018 with no winning team. However, some of the participating groups continued to develop their designs.

Hakuto-R (R stands for "Reboot", meaning to restart) was originally scheduled to land on the Moon in 2021, but was postponed due to technical and other problems. The company ispace aims to eventually settle humans on the Moon using water ice mined in situ.