Skyscrapers take residents around the world in 24 hours

Once built, Analemma Tower will be "anchored" under an asteroid 50,000 km from Earth and residents can enjoy the 24-hour exterior change. 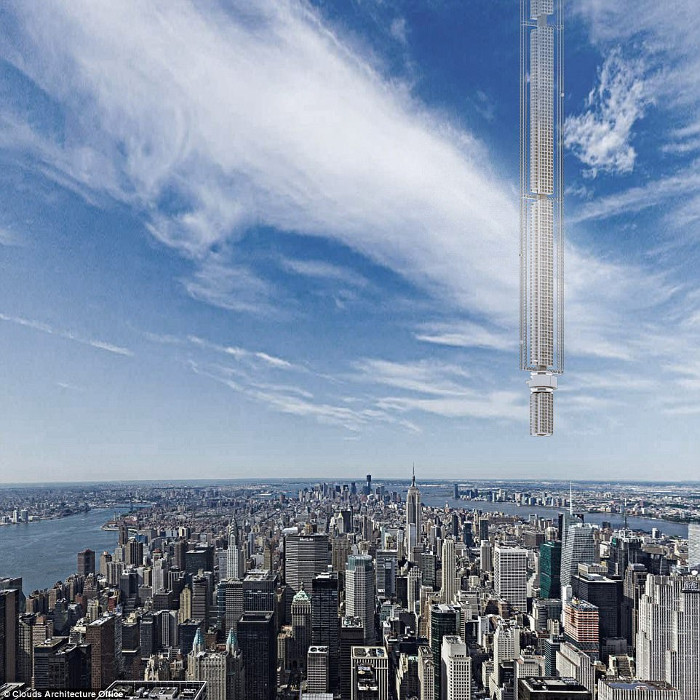 Building "head to ground" is a bold project of the future.

According to the Daily Mail, Clouds Architecture Office in New York is confident in the plan to build the most unique skyscraper ever.

Specifically, Analemma Tower will be built from heaven to earth, instead of building on the ground as usual.

"Analemma Tower is a prime example of using the planet design strategy to create the world's tallest building ever," the company representative said. 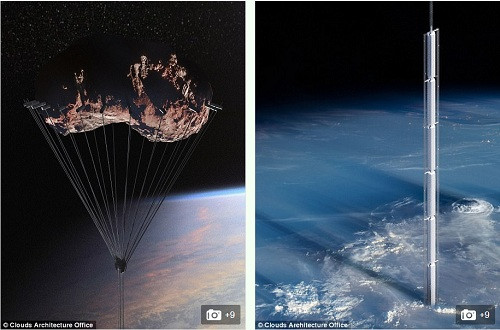 In the blueprint, the company uses a large cable car system, one hooked to the asteroid and the other to keep the skyscraper from falling to the ground.

"Because this building is suspended in the air, it can be built anywhere in the world, then taken to the installation site," Clouds Architecture Office shared on the site.

"According to the original plan, Analemma Tower could be built in Dubai, which has skyscraper experts for a fifth of the cost in New York." 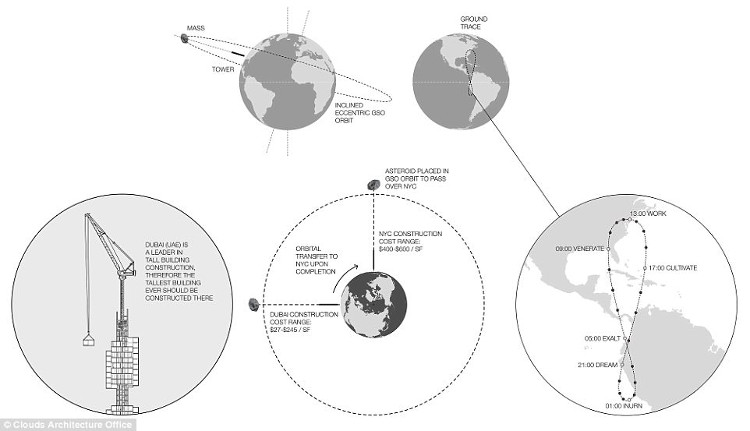 Although this daring plan faces challenges such as finding a suitable meteor to anchor the building, the Clouds Architecture Office believes that this idea will soon become a reality.

"In 2015, the European Aerospace Agency launched a campaign to attract investment and exploit asteroids. NASA aims to capture an asteroid by 2021 to prove feasibility", p. Web site of American architecture firm said.

If built, the skyscraper will move in figure 8, based on asteroid trajectories within 24 hours, sending residents through major cities in the Northern and Southern Hemisphere such as New York, Havana, Atlanta. and Panama.

At the top of the Analemma Tower, the day time increased by 40 minutes due to the impact of the Earth's curvature.

In the design, Cloud Architecture Office not only wants to build a giant skyscraper, but also a city floating in the sky.

A large area inside the building will be designed to accommodate residents, making them feel at home. The office is located in the lower part while the resting place is in the upper half. 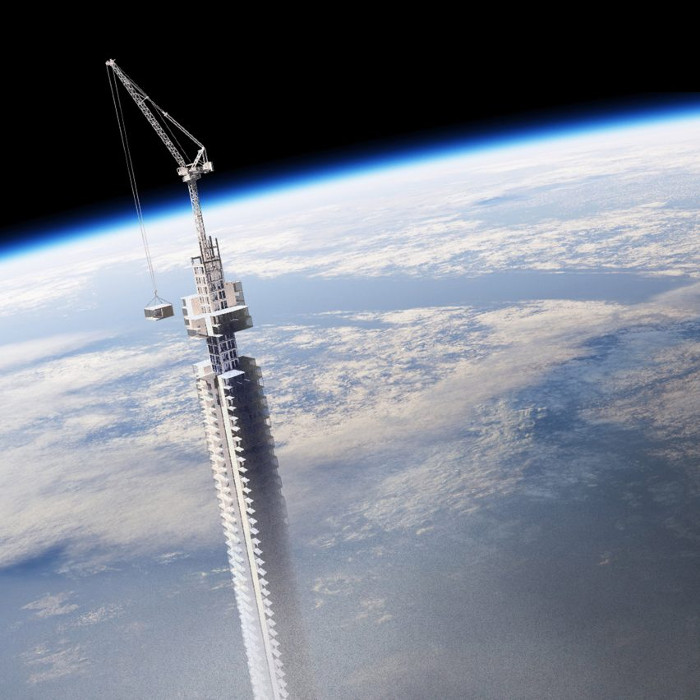 Residents living in the building will not be allowed to go out and wind for safety reasons.

The Cloud Architecture Office plans to make the most of the special location of the building, with solar panels located on the top floor to generate energy from sunlight.

Clean water is filtered from clouds and rain water, ensuring the highest purity. The architects also consider the design of glass windows of different thickness, suitable for pressure and temperature at a certain height.

However, residents will most likely not be allowed to go outside to cool off due to the harsh conditions on high. "At an altitude of 32,000 meters, the air is very thin, a temperature of minus 40 degrees Celsius will prevent residents from going outside without protective gear," the Clouds Architecture Office said.