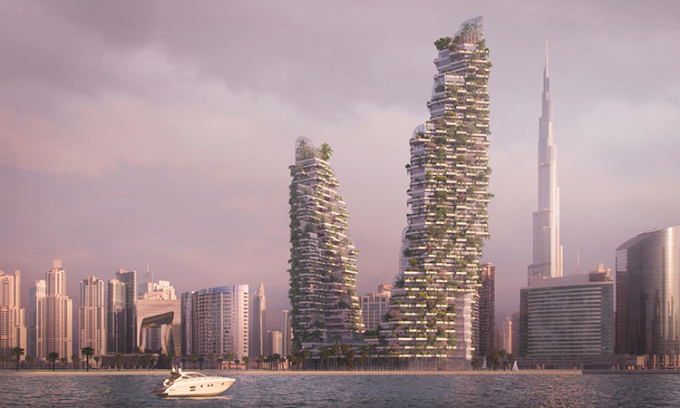 Italian firm Stefano Boeri Architetti revealed plans to add green to Dubai with its Vertical Forest project. The project consists of two skyscrapers covered by thousands of trees, and has a sustainable design to help reduce grid electricity demand, New Atlas reported on 9/11.

The Vertical Forest is the latest in Stefano Boeri Architetti's series of tree-covered works, which includes buildings in China, Albania and the Netherlands.

The two buildings are arranged in a V shape and connected by a common base. They are 190 m and 150 m tall, respectively, and are expected to grow more than 2,600 trees and 27,000 shrubs on the outside, along with numerous greenhouses and hydroponic gardens. In addition, the building will also have many balcony and terrace areas. 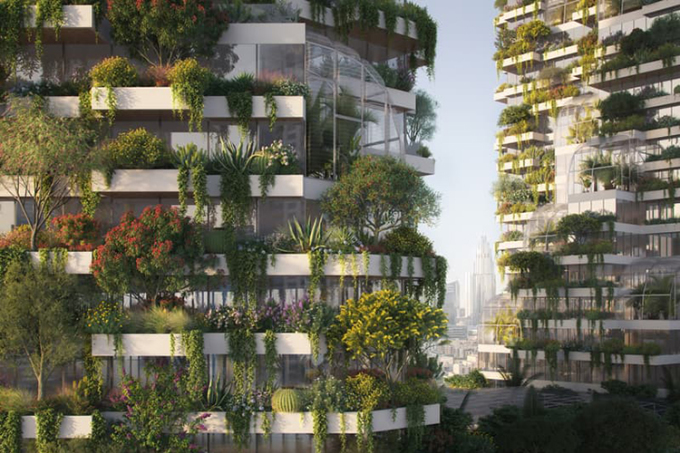 The project pays special attention to water conservation because Dubai is often dry. The desalination system will be installed together with a standard gray water recycling system (domestic wastewater such as bathing, cleaning, cooking, etc.). In addition, buildings will reduce grid usage thanks to a photovoltaic system capable of generating 5,100 kWh of clean energy.

Stefano Boeri Architetti said that the project represents the prototype of the first Vertical Forest in the MENA region (Middle East and North Africa), with the aim of integrating the benefits of urban forests such as absorbing fine dust, regulating climate change, reduce the greenhouse effect with innovations such as water systems in arid climates and optimize energy production from renewable sources.

The Vertical Forest project in Dubai was announced during the COP27 climate change conference, taking place from 6-18 November in Sharm El Sheikh, Egypt. Stefano Boeri Architetti said the company is conducting more research on the design and overall sustainability of the project. There is currently no information on the expected completion date.