Photo of 'star nursery' & The 'eat' star companion in binary

NASA on April 2 released a stunning image of the Man Khoi nebula, in the constellation Unicorn, more than 5,200 light-years from Earth.

The photo, taken by the Herschel Space Telescope, shows colorful clouds of dust and gas like the "nursery of stars" of the Man Khoi Nebula. They glow brightly through cocoons large and small, where the formation of new stars is taking place. 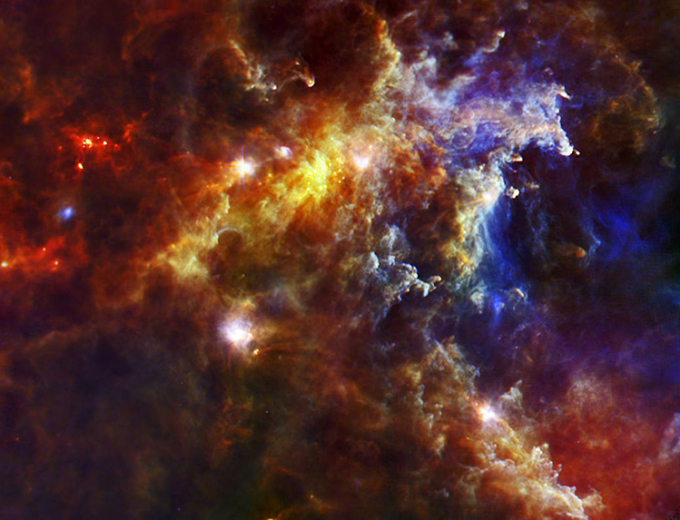 Large streaks of light, according to NASA, are the birthplace of giant stars 10 times the mass of the Sun. The small spots, concentrated mainly in the center of the image, are the "lower embryos" of lower mass.

The Herschel telescope, manufactured and operated by the European Space Agency (ESA), launched in 2009, was the largest infrared telescope at the time. It can collect infrared light emitted from the dust, allowing it to observe the coldest and most dusty objects in the universe.

The Man Khôi Nebula lies at the edge of a molecular cloud in the constellation Unicorn. It is 130 light-years wide and has a mass of material 10,000 times heavier than our Sun. Astronomers estimate there are about 2,500 young stars in this nebula.

The 'eat' star companion in binary

AUSTRALIAM Computer simulations reveal the process by which a massive star draws matter from a smaller star orbiting it at close range. 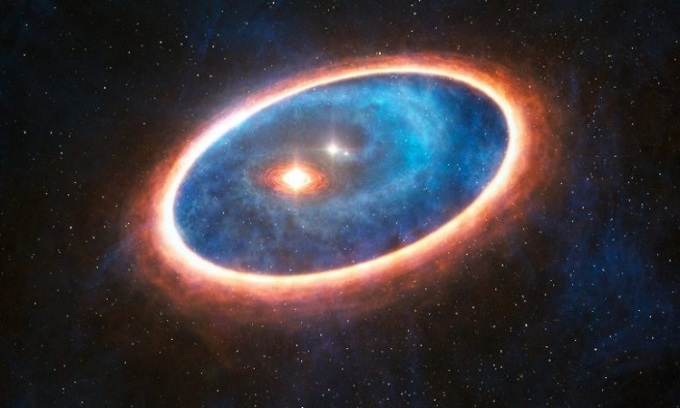 Experts at the Center for Gravitational Wave Detection (OzGrav) of the Australian Research Council in collaboration with the Max Planck Institute in Germany, Monash University in Australia and the University of Birmingham, UK, conducted an understanding of the origin of the features of the Be X-ray binary in a dwarf galaxy called the Small Magellanic Cloud.

The Be X-ray binary is a star system consisting of a neutron star orbiting a fast rotating massive star. This motion causes the big star to create a physical disk. The neutron star then fires off X-ray radiation that scientists can observe and measure.

Dr. Serena Vinciguerra, lead researcher at OzGrav, uses COMPAS to simulate an environment like the Small Magellanic Cloud. By comparing the orbital characteristics of simulated Be X-ray binary star systems with observed systems, the team was able to discover their evolution.

Initially, two stars formed in binary systems have a narrow orbit. The biggest mass stars evolve faster and expand. Due to its proximity, the massive star swells matter from the smaller star. At the end of evolution, the massive star exploded as a supernova, leaving behind a small but very dense neutron star. If both stars exist after the explosion, they will form a Be X-ray system.