Engineers are taking advantage of available equipment at the Texas facility to complete structural testing of the X-59 supersonic aircraft. 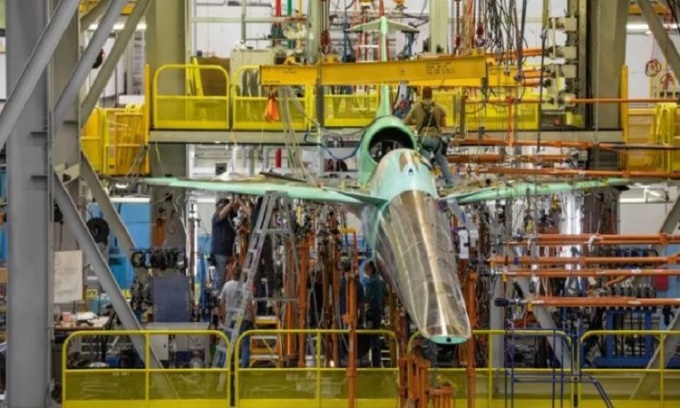 The ultra-quiet supersonic plane designed and built by NASA has been shipped to Texas for significant structural testing ahead of its maiden flight later this year. X-59 aircraft rotated between facilities of Lockheed Martin company in late December 2021. Moving the model between Palmdale, California and Fort Worth, Texas makes use of specialized equipment available to ensure the vehicle is not subject to too much pressure in the air.

"Designing and building an airplane from scratch in Palmdale is expensive and time-consuming," said Mike Buonanno, a Lockheed Martin aeronautical engineer who led the development of the X-59. "In Fort Worth, they have the perfect facility with a full control room and all the supporting equipment needed to conduct effective tests."

Supersonic aircraft move very fast in the air, but the drawback is noise and vibration. Supersonic booms are generated when aircraft fly faster than the speed of sound, creating loud noises, breaking glass and causing other damage to buildings below. For example, the sonic boom of the famous Concorde plane, decommissioned in 2003, reached 105 decibels, no less noisy than a lightning strike. NASA is looking for a way to develop fast flying vehicles that don't stress the environment. According to NASA, the X-59 plane is no louder than the sound of a door slamming from a distance of 6 meters.

In Texas, engineers will calibrate sensors to understand the stress on the plane's structure during flight. They will compare the results with a computer model that predicts the performance of the X-59 and need to be especially careful because this is a prototype of an expensive system.

The program completed 80% of the texture testing by the last week of January 2022 and everything is going well. NASA has not announced a timeframe for completing the test, but engineers will then adjust the fuel tank, then return the X-59 to Palmdale to assemble all the remaining systems. As expected, the first flight will take place at the end of 2022 in the California desert.