Microsoft partners with Meta to bring Teams, Office, Windows, and Xbox into the metaverse

Just last year, Microsoft and Meta were still poised to compete for the future of work applications in the metaverse . But just recently, the two companies announced that they're working together to shape how people will work and even play games in virtual reality.

That process begins with Microsoft bringing its most popular services, Teams, Office, Windows, and even Xbox Cloud Gaming to Meta's Quest VR device.

It was an unexpected partnership that saw Microsoft and Meta combine their strengths. Microsoft saw a great opportunity to bring Teams and its other business-enabled services to a high-performance VR device, and Meta became a key partner in their large-scale metaverse. 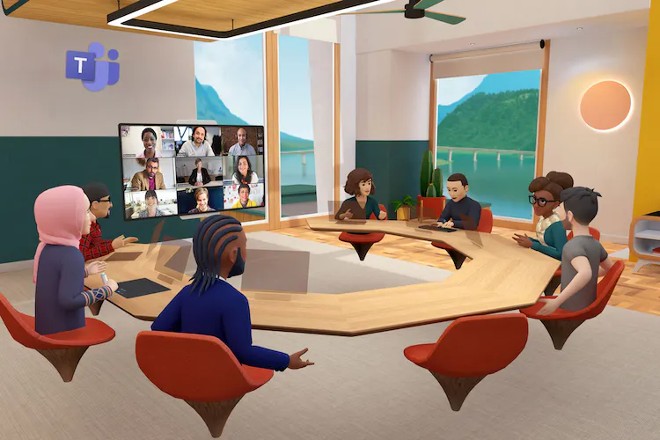 Microsoft partners with Meta to bring Teams, Office, Windows, and Xbox into the metaverse

"We are bringing to Meta Quest an immersive Microsoft Teams meeting experience that gives people a new way to connect with each other ," Microsoft CEO Satya Nadella said during the Meta Connect event. "You can connect, share, collaborate as if you were together."

The Teams experience on Quest Pro and Quest 2 even includes Meta's avatar system that has been adapted by Microsoft for Teams, and Teams also gets support inside Meta's Horizon Workrooms. "People can join a Teams meeting directly from Workrooms," said Meta CEO Mark Zuckerberg. "We think this cross-device, all-screen experience will be the foundation of the virtual office of the future."

This virtual office of the future won't just be for meetings. Microsoft is now bringing Windows 365 to Quest, which is the platform used to stream the full version of Windows to devices.

"With Windows 365 supporting Quest, you'll have a new way to stream your entire Windows experience, including all your apps, content, and personalized settings, to your VR device with full power. of Windows and Windows applications ," Nadella said.

Microsoft is also bringing 2D versions of their Office apps to Quest through Progressive Web Apps (PWA) technology. These won't be fully 3D versions of Office designed for VR, but if the need arises, Microsoft will adapt them in the future.

Xbox Cloud Gaming will even get access to Meta's Quest VR device, allowing Xbox Game Pass Ultimate subscribers to stream games. It won't be as immersive as the original VR experience for Xbox games, but you can hold Xbox controllers and play them on a giant screen projected inside the Quest device.

This is the first major partnership between Microsoft and Meta since Facebook was deeply integrated into Windows Phone over a decade ago. This is a close but highly unusual relationship and if successful it will bring benefits to both companies as well as great value to the community.

Meta's Horizon Worlds metaverse application has too many bugs, Meta staff even criticize it for not using it
Facebook's Metaverse Project Manager Officially Retired
Try working in the metaverse for a week, some give up early, some get frustrated and hurt their eyes
"Apple Tax" has not yet worked with the "Collection" level of nearly 50% that Meta intends to apply to Metaverse