The 19-year-old spacecraft is transmitting data for seven different missions on the Martian surface, setting an exceptional new record. 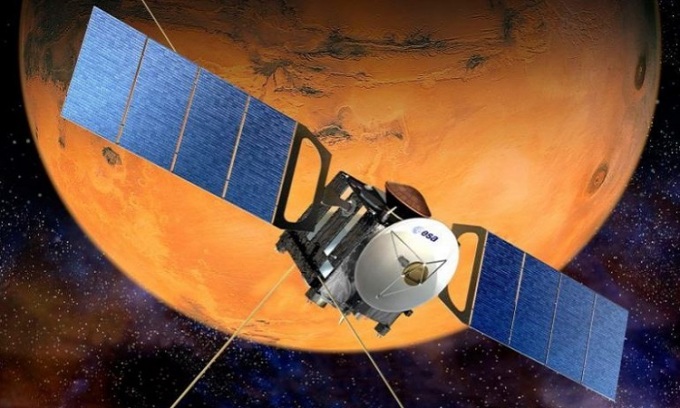 Mars Express, a spacecraft operated by the European Space Agency (ESA), recently conducted a test to transmit data collected by ESA's Perseverance rover to Earth, Sci Tech Daily reported on November 12. The Mars lander and rover collects data that helps scientists answer fundamental questions about the atmosphere, geology, surface environment, the history of water, and the possibility of life on Mars. red planet. To achieve that, vehicles first need to transmit data to spacecraft orbiting Mars. These ships then use larger and more powerful transmitters to relay data through space to large antennas on Earth.

"Data transmission is an essential part of Mars exploration," said James Godfrey, Mars Express spacecraft operations manager at ESA's ESOC mission control center. "We are very proud that Mars Express has contributed to the Martian data transmission system for so many years and supports such a wide range of ground vehicles. This network will support future missions to the red planet as well. such as the campaign to bring Mars samples back to Earth".

Mars Express arrived at Mars on December 25, 2003, nearly 19 years ago. Since one Martian year is equivalent to 687 Earth days, the spacecraft celebrates its 10th anniversary in orbit on October 16, 2022. Below are the missions that Mars Express participates in.

In 2004, just two months after reaching Mars, the Mars Express flew past NASA's Spirit rover. The spacecraft commands the robot to send data in the first test with an interplanetary communication network around another planet. First, commands for the robot were transferred from the Spirit Operations Team at NASA's Jet Propulsion Laboratory (JPL) in the US to the ESOC in Germany. Here, they are translated into commands for Mars Express, then connected to the spacecraft in orbit and transmitted down to the rover.

Seven other communication tests were conducted between Mars Express and the US rover Opportunity in early 2008. Based on the experiment with Spirit, the process contributes to the optimization of ESA-NASA communication on Mars.

On May 25, 2008, the Mars Express spacecraft tracked the Phoenix lander landing and transmitted data to NASA to confirm data from the agency's orbiter. Within weeks of the landing event, Mars Express once again demonstrated its ability to reliably transmit data from the Martian surface to Earth.

In 2012, the Mars Express spacecraft was selected to transmit important scientific data from NASA's Curiosity robot back to Earth. This is a small but important step forward in cooperation between space agencies. On October 6, 2012, Mars Express pointed its communication antenna towards Curiosity. In 15 minutes, the NASA robot transmits scientific data to the ESA spacecraft. The Mars Express then rotated its antenna more strongly toward Earth and began sending valuable information.

The data includes a photo of the Curiosity rover of a rock mass in the first mobile laboratory soil analysis. The Mars Express spacecraft sends images to the ESOC in Germany via a 35-meter-diameter deep space antenna in New Norcia, Australia. All forwarded data is immediately transmitted to JPL in California for processing and analysis.

Over the past year, Mars Express has conducted tests with the Zhu Rong robot of the China National Space Administration (CNSA) to evaluate the compatibility of the radio system and its ability to support data transmission.

A recent successful data transfer test with NASA's Perseverance robot brings the total number of Mars Express missions supported by Mars Express to a record seven. The ship will continue to provide a vital service while being one of ESA's lowest-cost missions.