Mars is 'tearing' the largest moon

New research reveals strange parallel grooves on Phobos's surface that could be a sign that Mars' gravity is tearing the moon apart. 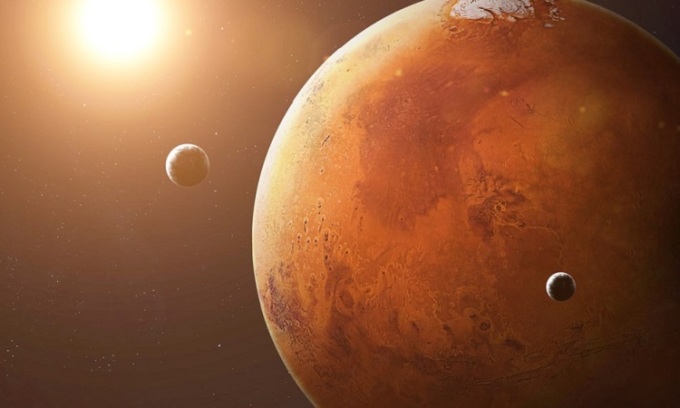 Mars' largest moon, Phobos, shows signs of being torn apart by the intense gravity of the red planet, according to research published Nov. 4 in the journal Planetary Science . . Researchers led by Bing Cheng, a doctoral student at Tsinghua University, discovered unusual grooves covering Phobos's surface (which are believed to be remnants from a maximum asteroid impact). are actually canyons filled with dust that are growing as the moon is stretched by gravity.

Phobos is 27 km in diameter at its widest point and orbits Mars at a distance of 6,000 km. According to NASA, Phobos orbits the red planet three times a day. Compared to it, the Moon has a diameter of 3,475 km, is 384,400 km from Earth and takes about 27 days to complete one orbit.

However, unlike the Moon, Phobos's orbit around Mars is unstable. This small moon is slowly descending to the Martian surface at a speed of 1.8 m after 100 years. However, Phobos' most unusual feature is its mysterious striped surface. Parallel grooves cover Phobos. The most popular theory is that the trench formed when an asteroid hit Phobos in the past, leaving a 9.7 km wide crater called Stickney.

New research shows that the grooves are actually the result of the moon Phobos being torn apart by Mars' strong gravity as it gets closer and closer to the red planet's surface. In the case of Phobos, the team predicts that the tidal force acting on the moon will increase until it is greater than its gravity. At that point, Phobos will be completely torn apart and the debris is likely to form a small ring around Mars like the ring of Saturn.

In the study, Cheng and colleagues used computer simulations to test the hypothesis that there is a layer of cohesive material under the lunar surface Phobos. They found that the hard layer hidden underneath can create deep canyons that suck up dust at the falling surface, leading to the formation of trenches in the ground.