Leaked iPhone 14 Pro CAD image shows the convexity of the camera cluster, confirming the presence of the 'pill'-shaped notch

These significant changes will not affect users too much, but will be a new problem for iPhone accessory manufacturers.

Apple's next high-end iPhone, the iPhone 14 Pro, is being promised a "notch" area design that is significantly different from the notch style first introduced since the iPhone X. Last week. , an early CAD drawing of it showed many design changes, like the pill-shaped punch-hole camera. And now, a newly leaked more detailed drawing has provided a close-up of the possible sizes of the iPhone 14 Pro and iPhone 14 Pro Max.

As shared by account @MaxWeinbach on Twitter, Apple's next flagship phone model will be thicker and have a more prominent camera cluster on both Pro versions. In addition, the leaked image also once again shows a pill-shaped punch-hole camera on the front of the screen. 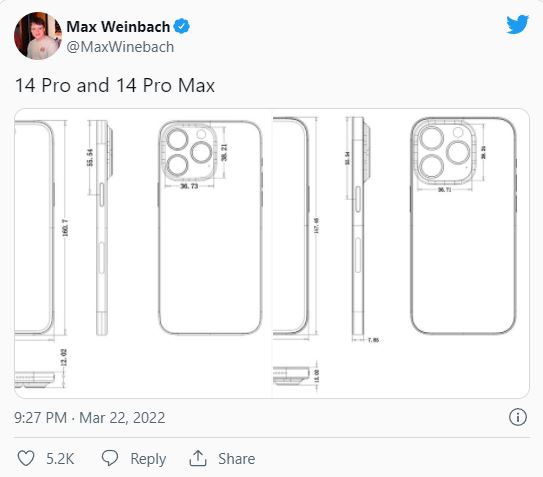 It's important to note that while rumors say that the iPhone 14 might remove the SIM card for the first time, the images suggest that Apple may not need to change this element, nor does it affect case manufacturers. But on the other hand, changes to the notch will significantly affect accessory manufacturers.

As you can see in the iPhone 14 Pro Max render image below, the notch will be slightly smaller than the previous generation product, with a width of 77.58 mm. The height will be reduced by 0.1 mm, now only 160.7 mm. And as previously rumored, it will be slightly thicker due to the increased camera sensor. 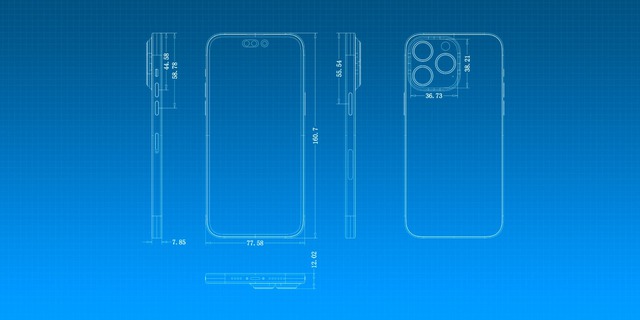