iPhone 14 Pro is said to use the new generation ProMotion technology, with the Always on Display feature. 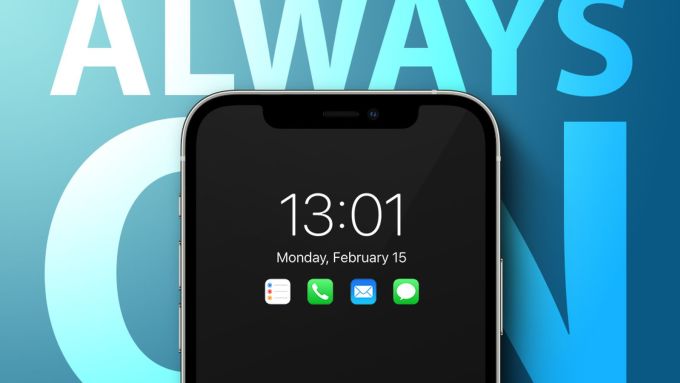 Always on Display is the awaited feature on iPhone. Photo Macrumors

According to technology expert Ross Young, the screens on the iPhone 14 Pro and 14 Pro Max will use a new LTPO panel that allows adjusting the refresh rate from 1 Hz to 120 Hz, better than 10 Hz to 120 Hz. on iPhone 13 Pro. As a result, Apple's new high-end smartphone will have an Always on Display feature, allowing users to view important information such as time, battery life, new notifications ... when the device is in sleep mode.

Always on Display has been around for many years and is popular on Android phones. However, Apple has not yet brought this feature to the iPhone.

Previously, analyst Ming-chi Kuo said that iPhone 14 will have four versions. In particular, iPhone 14 and 14 Pro use 6.1-inch screens, while 14 Max and 14 Pro Max are 6.7 inches. The Pro series no longer has a notch screen design, but has switched to a "punched" form, thinner borders and a 20: 9 ratio instead of 19.5: 9 as before.

In terms of configuration, the two regular versions iPhone 14 and 14 Max integrate the A15 chip like on the iPhone 13 or A15X with more graphics cores. The Pro version is equipped with a more powerful A16 chip, with a better scratch-resistant titanium alloy frame. The device still uses the Lightning connection, has not yet switched to USB-C.

iPhone 14 Pro will have a 48-megapixel main camera, 8K video recording, while the two standard versions integrate a 12-megapixel camera like the current generation.

The iPhone 14 set of four is expected to launch on September 13.