It seems that Intel's Arc GPU line will give Nvidia and AMD a stiffer competition in all market segments, not just in the mid-range and low-cost segments previously thought by experts. This is not without foundation when Intel has officially launched its latest Arc A770 Limited Edition graphics card at the Innovation 2022 event. Integrated with a series of modern features and technologies to improve performance. gaming and ray tracing for users while the resale price is extremely reasonable, Arc A770 is said to be able to make Nvidia RTX 3060 Ti , AMD RX 6700 XT "sweat" in the near future.

Intel confidently declares the Arc A770 to be its "highest-end gaming desktop GPU" to date, with the advantage of "up to 65% better ray tracing performance than At the same time, the Arc A770 was also developed with the concept of a dedicated graphics card in mind that “provides compelling content creation and 1440p gaming performance to deliver immersive experiences. advanced for users.” With a list price of $329, the Arc A770 is considered a direct competitor to Nvidia's RTX 3060 Ti ($450) or AMD RX 6700 XT ($375). , Intel says this card model will be more suitable when competing with the RTX 3060. 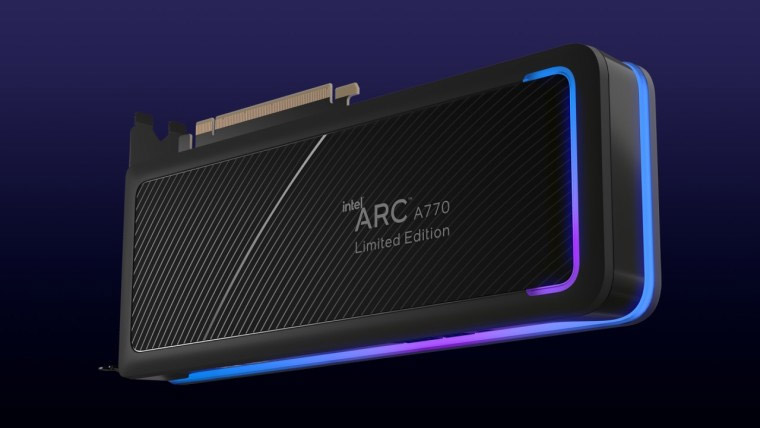 In terms of specifications, as mentioned, the Intel Arc A770 is the most advanced GPU model in Intel's first generation Arc discrete graphics card product line. It has 32 Xe cores and 32 ray tracing units along with 512 XMX engine. The GPU clock is 2.1 GHz for a total power of 225W. It will come with 16GB GDDR6 vRAM. The GPU core has a 256 bit bus and has a bandwidth of up to 560 GB/s. The GPU has XeSS upscaling and PCIe 4.0 technology. 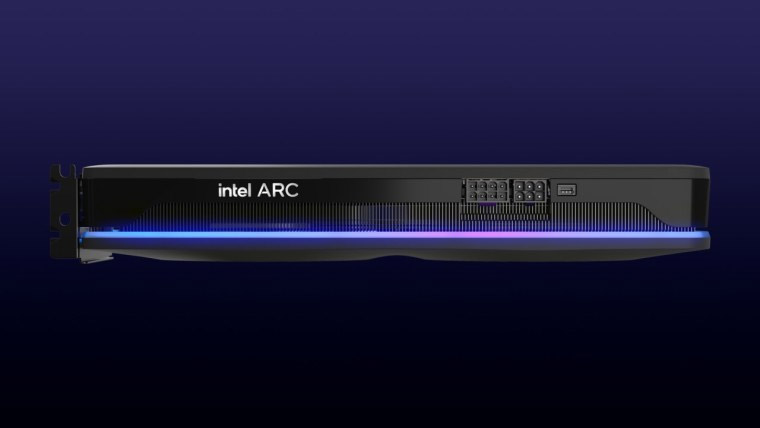