In 2031, will smartphones disappear, metaverse integrate into the real world, and humans will reproduce new types?

Amy Webb is a futurist and she has 15 years of experience working in this field. In case you don't know what futurology is, Webb's job at the Future Today Institute is to keep a close eye on technology trends around the world.

She will meet leading scientists and engineers who are pioneering in many fields, from 5G technology, artificial intelligence, BigData to gene editing technology CRISPR...

The conversations between Webb and these scientists will help her visualize and predict how the world will change in the future thanks to the development of science and technology.

All of this knowledge will be useful to businesses, organizations, and even countries in long-term strategic planning. They therefore need to look to visionary futurists like Webb for advice. She is currently rated as one of the most prominent futurologists in the world at the moment. 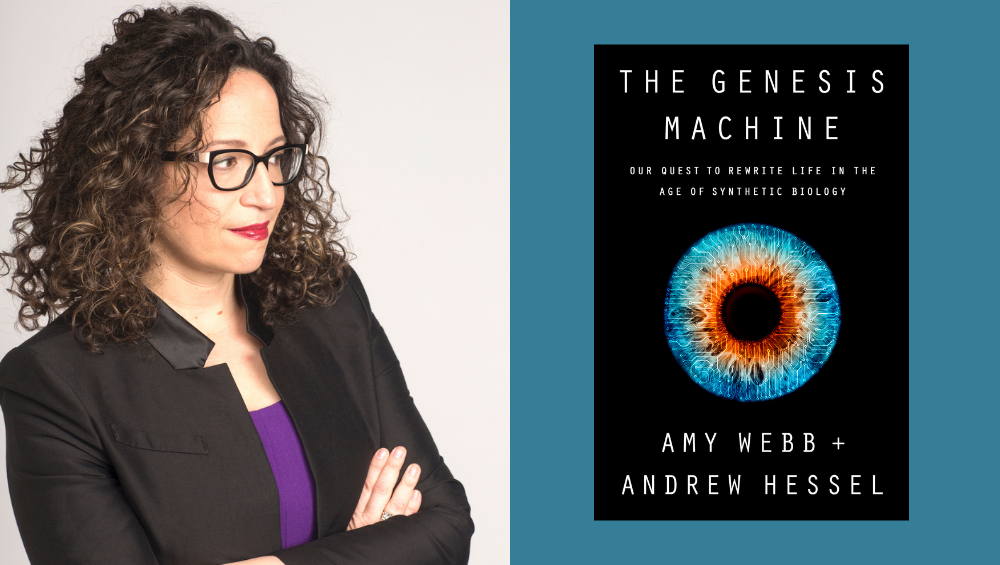 As part of his latest work, Webb has collaborated with pioneering geneticist Andrew Hessel to publish a book titled " The Genesis Machine " . The book talks about the potential and pitfalls of the growing field of synthetic biology.

Synthetic biology represents a field that studies how to manipulate living matter. We can rely on it to create new foods, new medicines and even new species of organisms, including humans.

The Washington Post recently invited Amy Webb for an interview to talk about all of these topics. Their conversation will help you imagine how our future world will change, with the development of synthetic biotechnology.

The children will have more than 2 parents

That's what Amy Webb and Andrew Hessel predicted in their book. Synthetic biotechnology has now made it possible for humans to manipulate DNA and create embryos at will.

What's stopping scientists from doing that right now are just the ethical rules of science, regarding clinical trials in humans. When they deleted a gene that causes an inherited disease congenitally in a child's embryo, this is thought to be consistent with current scientific ethical consensus.

But in the same way, they can also add genes that make the child taller, smarter or immune to HIV. This is considered a violation of the ethics and principles that the scientific world is regulating. 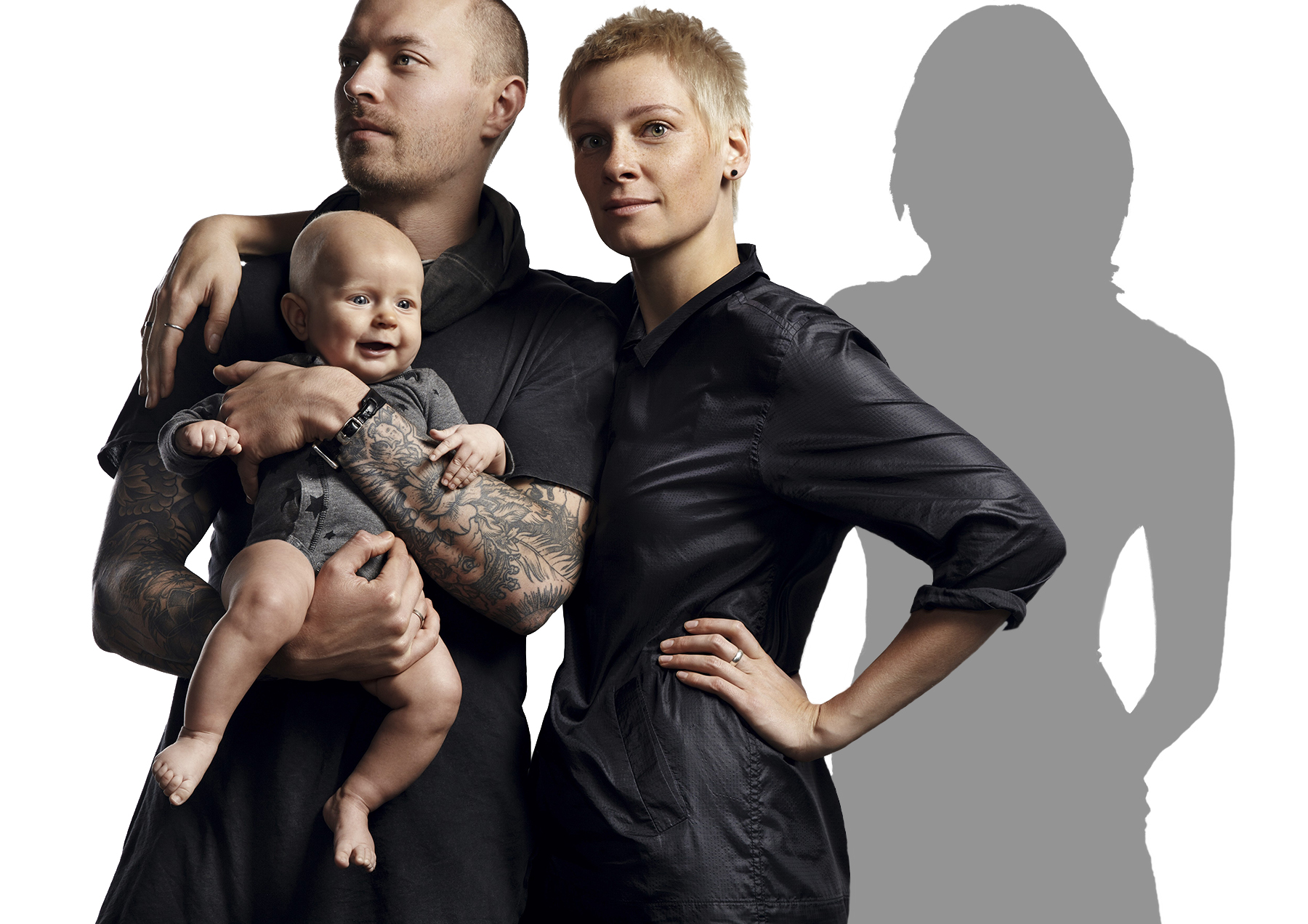 " All roads lead to eugenics. Our concern now is that it will lead us to 'Gattaca' - when nations can engineer populations on purpose ," Webb said. speak.

By engineering a genetically superior population, a country can gain its political advantage by having more elite, smarter citizens, or even a more capable military. .

Webb thinks assisted reproductive technologies can do that by selecting and combining the genes of the most elite individuals. " What we're talking about here is a technology that makes it possible for humans to more purposefully select and engineer living things ," she said.

"Maybe that means a person can use their own genetic material to get pregnant and give birth to babies. It could open the door to selecting traits from more than two parents." .

With assistive technology, humans can reproduce at any age

In her new book, Webb says she strongly believes future reproductive technologies will evolve to the point of changing people's philosophical beliefs about how we are born.

" At the moment, creating a baby depends a lot on luck and chance, or you have enough money to continuously implant IVF embryos. It's 2022 now, it's hard to have a baby. But things are in The future shouldn't be like that ," she said.

Accordingly, humans will soon have technologies such as artificial wombs, allowing us to create fetuses outside the body, freeing women from pregnancy. 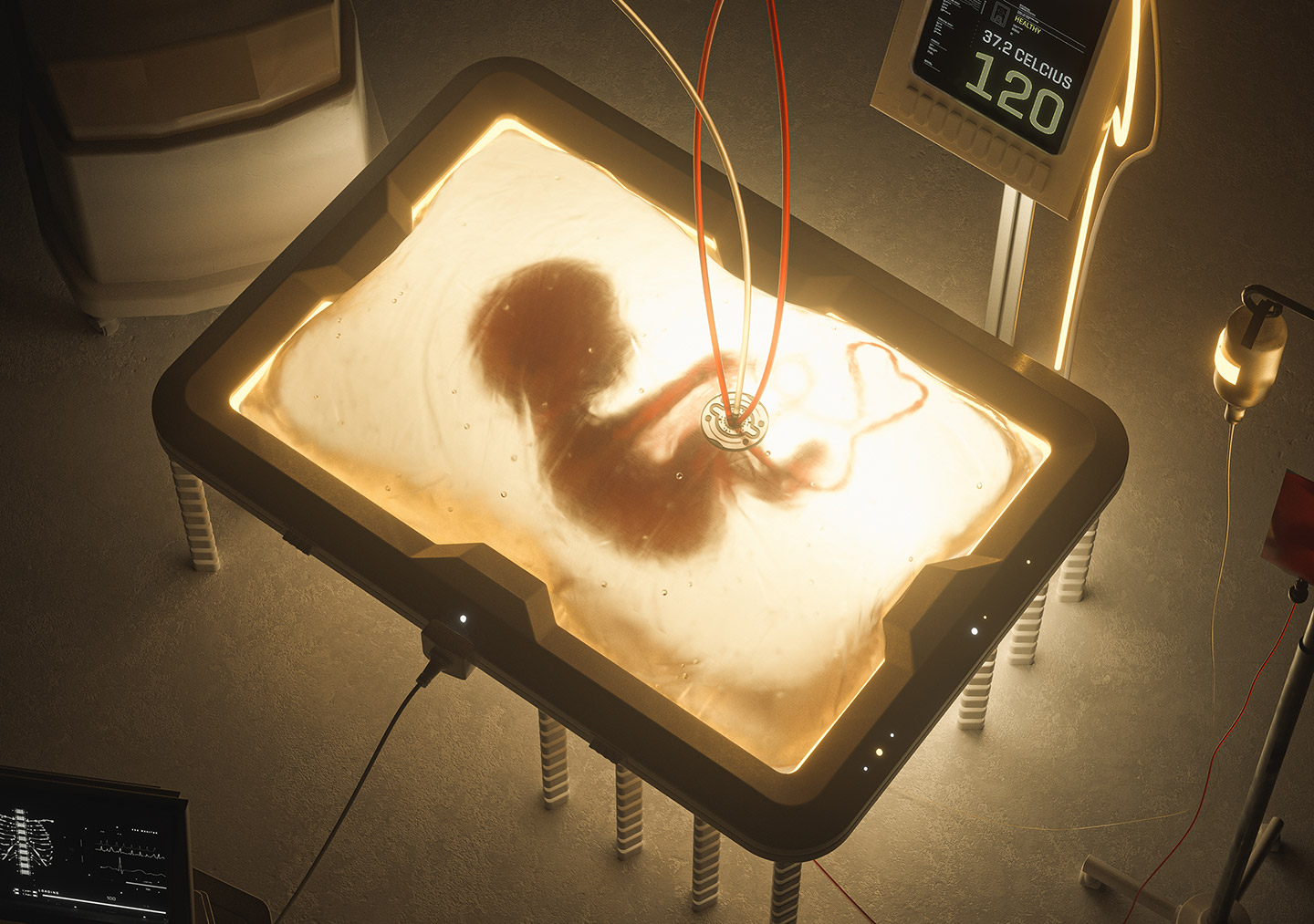 And that also means that the reproductive age limit no longer makes sense. A man can freeze his sperm at age 20 and keep it for life. A woman can also freeze their eggs.

"Synthetic biology is giving us a lot of options. In the future, about 40 years from now, I think a lot of people will live to be 60-70 years old before deciding to have children," Webb said .

Obviously, synthetic biology isn't just for humans. These technologies could also in the future be used to change the way we make food, and also medicine.

" This is something I'm very passionate about, when it comes to how technology can help provide food in times of economic turmoil or after a major climate disaster ," Webb said.

" We need to find new ways to scale up production, whether it's in-house factories or using genetic engineering to create crops or create grains that can tolerate get extreme temperatures.

And then there are animals. There is so much uncertainty in the market because of our incredible reliance on meat. And I think ideally we need to produce meat in a different way . " 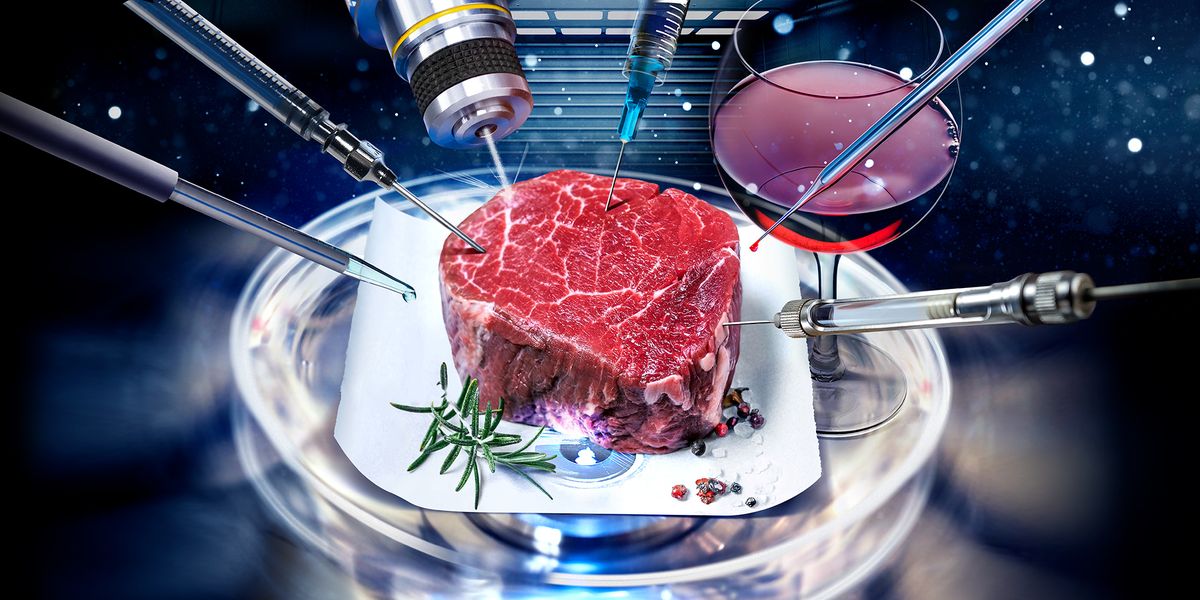 Currently, artificial protein synthesis technologies have allowed us to produce the first artificial cuts of meat. Only, they are quite expensive. The job of industrial scientists and engineers now is to find ways to mass produce them to reduce costs.

Turning to another area, a Washington Post reporter asked Amy Webb about the 5G wave: " What is the biggest immediate impact in your opinion?".

Webb said: " The biggest immediate impact that I think is not going to happen here [the US]. It will happen in China. 5G will push an extremely large number of users onto the internet at once. And suddenly However, that makes China an extremely attractive market for goods and services."

The outcome of the 5G race can determine the balance of trade balance between the two largest economies in the world, the US and China.

5G coverage will also allow China to test a number of new applications, such as telemedicine and drone deliveries. In fact, they have performed some operations remotely, in which doctors can operate an operating room hundreds of kilometers away, using robotic arms and communicating with nurses virtually. there is a delay. 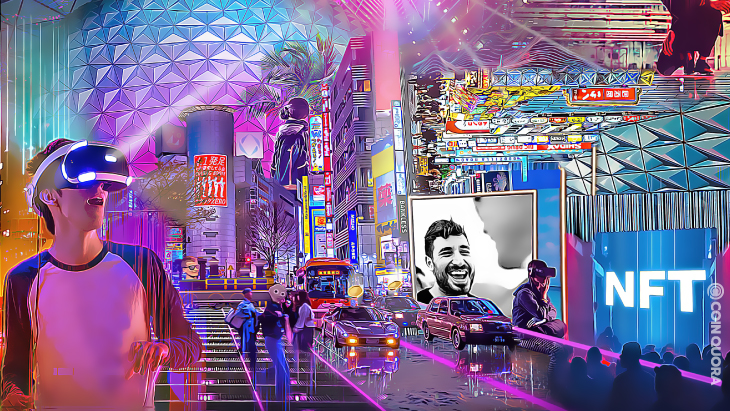 As for the metaverse, a virtual world that simulates everything that is present in real life, which is very hot right now, Webb said it is possible that many aspects of this virtual world have been overstated.

However, she predicts technology developers will soon be able to build a digital world parallel to the real world. " It will be a fusion of the physical and digital worlds ," Webb said.

You won't be entering an animated world that has everything and can do anything like you would in the real world, but the metaverse's fascinating uses as an augmented reality will soon be there.

Cell phones will disappear by 2031

As a consequence of a world integrated with the metaverse, perhaps the internet and the virtual world will need more embodiment. At that time, our interaction will have to be more extended and no longer bound to the fingers surfing on the phone screen.

Amy Webb believes that the mobile phone will soon become an outdated technology and no longer meet our needs. " We talked about that scenario in our 2018 Report, that smartphones will be gone by 2031 ," she said.

Instead, humans will have more wearable technologies that allow us to see and interact on the internet or the metaverse with everyday gestures. 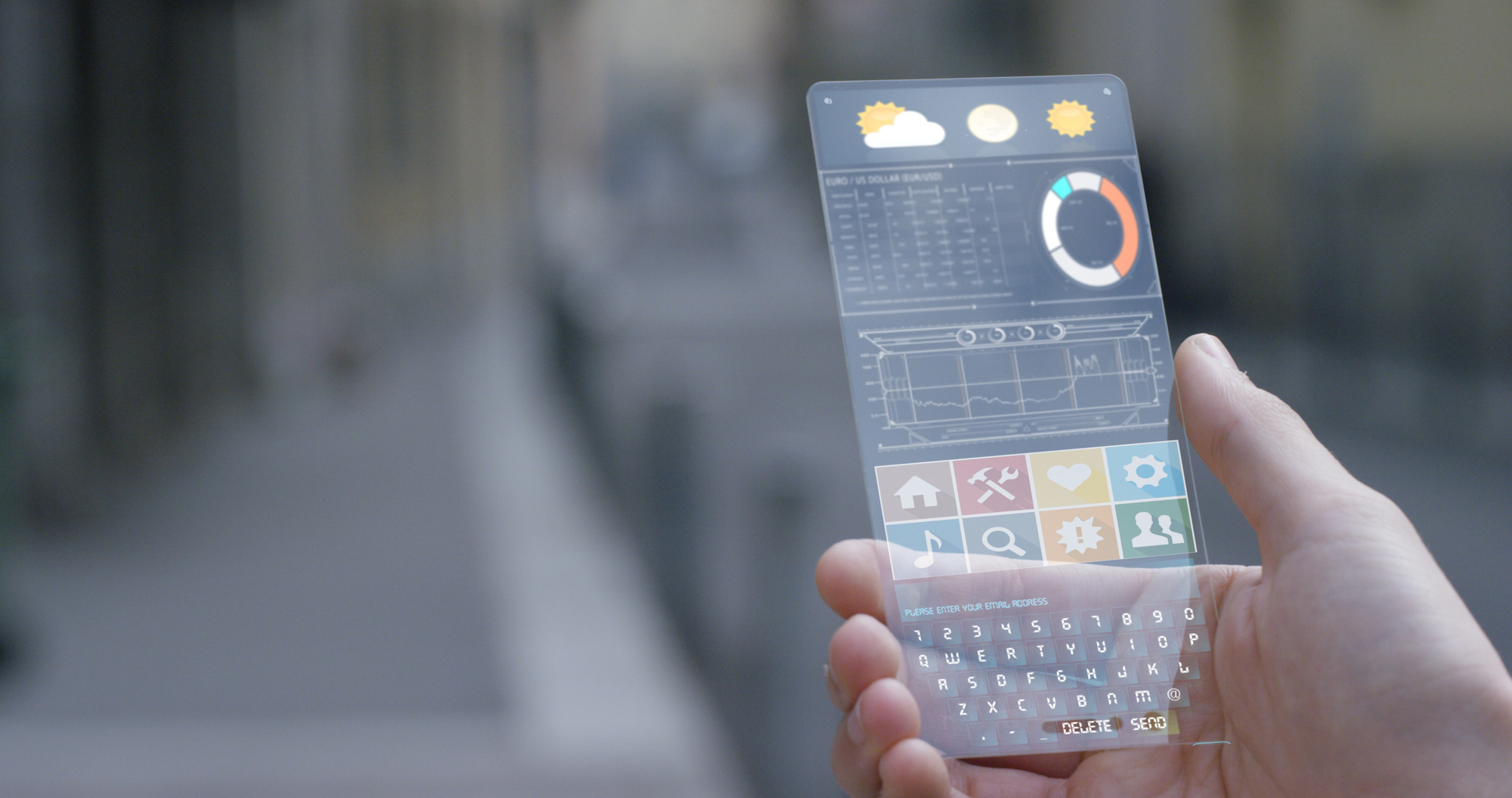 The disappearance of the cell phone seems like a minor change in form. But as the means of accessing the internet change, so does everything else in life.

"Just think about eyesight. Right now, we often experience eye strain when looking at screens. This will soon be fixed in the near future ," Webb said.