THE ISRAEL Alice, the world's first electric passenger plane developed by Eviation, is about to enter service. 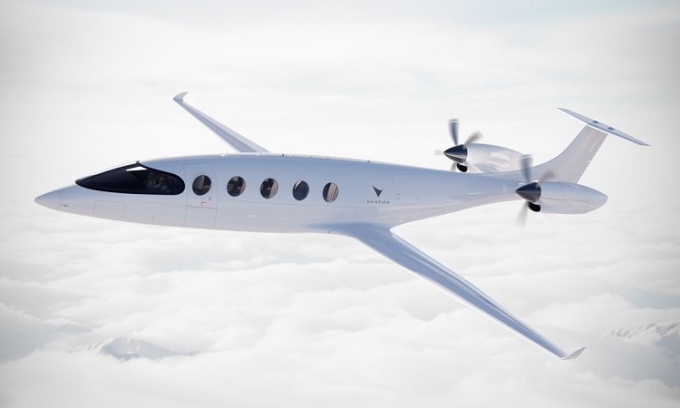 Alice's plane passed through engine testing last week at an airport north of Seattle. According to Omer Bar-Yohay, chief executive officer of Eviation, in just a few weeks, Alice will make her first flight.

With battery technology similar to electric vehicles or mobile phones and 30 minutes of charging time, the 9-seat Alice can fly for an hour and has a range of about 815 km/h. The aircraft model has a maximum cruise speed of 462 km/h. Compared to Alice, the Boeing 737 has a maximum cruise speed of 946 km/h. Focusing exclusively on electric air traffic, Eviation hopes electric aircraft with a capacity of 20-40 passengers can become a reality in 7-10 years.

A prototype of the plane, launched in 2019, has been taking part in low-speed runway tests since December and will undergo high-speed tests over the next few weeks. In these tests, the aircraft will travel across the runway at various speeds to test power, allowing the engineering team to monitor systems such as braking, steering and anti-skid systems. While the company initially aimed to get Alice to take off in 2022, poor weather conditions in the Pacific Northwest late last year hampered the test.

Eviation has developed 3 versions of the prototype including a general version, a high-end version and a specialized version for cargo. The economy passenger configuration can accommodate 9 passengers and two pilots, as well as a payload of 386 kg. The premium design with 6 seats provides more space and the cargo plane has a volume of nearly 13 m3. At the same time, the model is also 70% cheaper to maintain and operate than commercial jets.

The electric plane market is becoming increasingly crowded with the entry of both startups and major players in the aviation industry. In September 2021, NASA granted $253 million to GE Aviation and magniX to bring the technology to the US by 2035. Boeing is investing $450 million in Wisk Aero, a company that builds autonomous electric passenger planes. and Airbus are also building electric models since 2010. According to industry experts, the biggest obstacle to electric planes is the battery pack.