3D simulation showed that the KOI exoplanet 1843.03 could be deformed under strong gravity due to being too close to the host star.

Scientists are studying the exoplanet KOI 1843.03 orbiting the red dwarf star, which is about half the mass of the Sun and about 395 light-years from Earth. Past research has shown that KOI 1843.03 has a mass equal to 44% and a diameter equal to 60% of the Earth. KOI 1843.03 orbits closer to the host star than any known planet. "Completing an orbit in 4,245 hours, a year on this planet is only one-sixth the day on Earth," said Leslie Rogers, an astrophysicist at the University of Chicago and lead researcher. 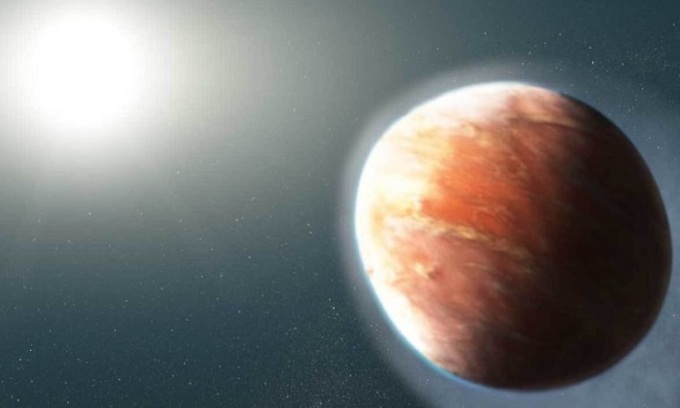 Earlier, Rogers and his colleagues analyzed the effects of the intense gravity that inevitably KOI 1843.03 undergoes due to near orbit. They speculate that it must be composed primarily of iron to avoid being broken. While the Earth contains about 32% iron, Rogers' group estimates the amount of iron on KOI 1843.03 at about 66%. According to Rogers, KOI 1843.03 is one of the most iron-rich exoplanets ever discovered.

In a new study published in the Astrophysical Journal, Rogers and his colleagues created 3D simulations of the internal structure of rocky orbit planets such as KOI 1843.03. They found the planet most likely shaped like a rugby ball. "KOI 1843.03 is the most distorted exoplanet we have found. Our model shows that KOI 1843.03 is extended towards the star with an aspect ratio (ratio between width and height) of about 1, 8, much higher than the 1.3 ratio of chicken eggs, "Rogers said.

According to Ellen Price, an astrophysicist at the Harvard-Smithsonian Center in Massachusetts, who co-authored the study, iron-rich planets may be less distorted. In the future, the researchers plan to model to see what the deformed rock exoplanets look like when passing in front of the host star.