'Discover' the most 'container ship' in the world

Launched in 2006, but until now, Emma Maersk still holds the No. 1 position for the title "the largest container ship in the world". 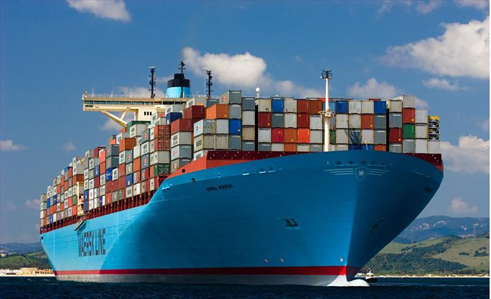 The Emma Maersk can carry more cargo than a 66 km train. 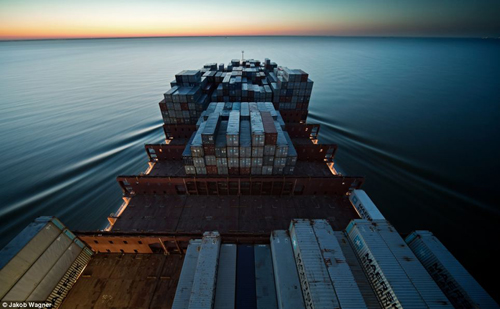 The Emma Maersk ship was built by the Moller-Maersk Group and named after the chairman's wife. This ship is 397 meters long, 56 meters wide, can carry up to 170,794 tons of cargo and a speed of 47 km / h. The second largest container ship is Xin Los Angeles, which can hold 18 containers horizontally.

On Emma Maersk, one can store 22 containers horizontally and 8 containers height. It is estimated that if each container holds 48,000 bananas, the Emma Maersk vessel can carry approximately 528 million bananas, enough to make a dessert for all people in Europe or North America. 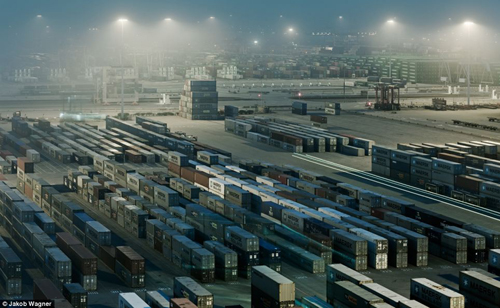 Panoramic view of the giant ship at sea. 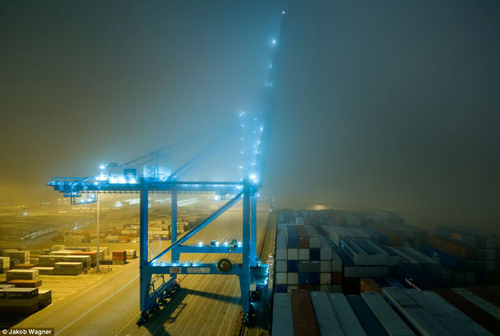 The Moller-Maersk Group said the ship was built with careful environmental considerations. For example, the submerged hull of the ship is painted with silicon paint instead of the usual biocide. This paint can prevent fouling of the hull, reducing the water resistance of the ship, so each year it can save 1,200 tons of fuel. In addition, the vessel is also equipped with exhaust reuse system. 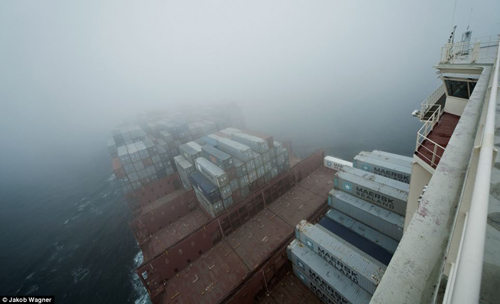 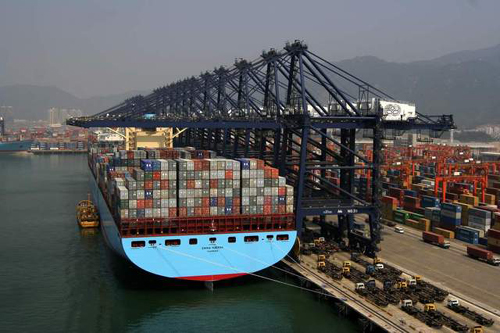 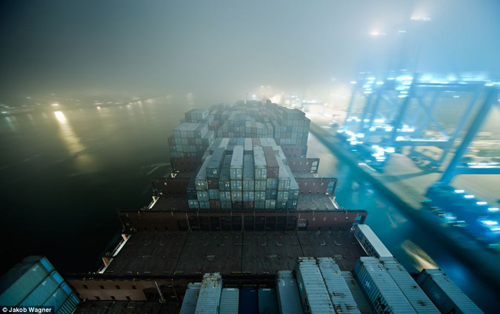 The number of containers waiting to be hoisted on board.

Crane system for transporting goods onto ships at the English Channel.

Currently, the Emma Maersk has been suspended due to a leak in the engine compartment.

Engineers at the Moller-Maersk Group said the process of fixing leaks for Emma Maersk was quite complicated, so it is unclear when it will continue to operate.