The stress and anxiety of throwing your entire life savings into a volatile market is clearly no joke.

If you have a friend who “likes crypto,” now is the time to check them out.

At the end of January, the prices of Bitcoin and Ethereum, two of the most popular cryptocurrencies, fell to prices many experts never predicted. Even memecoins like Dogecoin were pulled down. Countless people watched the piles of money disappear before their eyes.

This is a sudden shock, not a gradual burn. Bitcoin hit an all-time high of around $69,000 last November, but then fell more than 40% within the next few months. Overall, the crypto market has dropped in value by more than $1 trillion, since Bitcoin's peak.

Many pundits have touted cryptocurrencies as a form of democratic investment on Wall Street, with the prospect of financial enhancement awaiting anyone who dares to enter the field. But in reality, miracles seem to appear only for a select few. Many crypto investors are ordinary people, taking risks with their lifetime savings rather than elite traders who can swallow sudden losses. A recent CNBC survey of 750 crypto investors found that a third of them actually know very little about what they are investing in. And the question is: What happens to these people when they lose big?

Experts like Peter Klein, a cognitive behavioral psychotherapist who provides therapy for crypto-related mental health issues, have warned that a market crash will cause out “an increase in the severity of crypto addiction symptoms that people are experiencing” . It seems this fast-growing investor community is creating its own mental health crisis.

Hashim Yasir, 19, is the founder of the NFT project and a cryptocurrency trader who lost “a large amount of money” recently. He says it affected his mental health for a while: “[Until then] I felt like I was finally pretty confident with this new skill, but it really felt like the market has pushed everything down to zero ”.

His dealings with cryptocurrencies and NFTs have resulted in "constant nights of sleeplessness, stress and anxiety". It has also changed the way this man acts and interacts with others, has "made me very short-tempered ", he said.

Contrary to frequent claims that investing is everyone's path to wealth and happiness, interviewees often say that cryptocurrencies have almost ruined their lives.

Sandip Das, 27 years old, is an Indian trader who has made his money short selling Bitcoin, or in other words betting against the market. He has profited from the cryptocurrency's drop, but says that the past year has done a lot of harm.

“I barely sleep three to four hours a day, which leads me to make serious mistakes in the market,” he said. “I also started having pain in the back of my neck and shoulders due to the high stress levels.” Das suffers from bipolar disorder and says that cryptocurrencies have been difficult on his mental health.

“Cryptocurrency will destroy you mentally and physically,” he warned. “You will carry that scar for the rest of your life.”

A 33-year-old man from Russia, who requested anonymity, said that he felt he was addicted to cryptocurrencies and got stuck in a spiral of trying to recover his losses, but in the end only lost more in the process.

He first started investing in November 2017 – the year Bitcoin experienced a massive bull run – and made some gains, but has now lost his life savings, totaling up to 110,000. pound. "Mentally, it sucks, because I can't even share this with my wife," he said. "I'm in financial poverty and it's not the state I want to be in. It has ruined the world and my mental health... I even had suicidal thoughts." 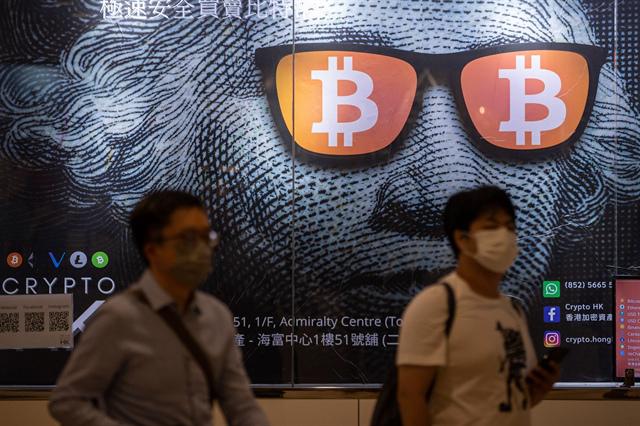 Despite the extreme tension shared by some crypto investors, finding a space to discuss these experiences has not been easy. Across social media conversations, there's usually a stream of reactions to this downturn: "Don't worry, HODL [Hold on Dear Life]" . People often circulate that saying to relieve the stress and torment of investing.

The need to put on a brave face is often based on the notion that your anxiety has a direct impact on the market, and is essentially a reflection of confidence. The price of money goes up as more people invest and goes down as more people withdraw. Cryptocurrencies can be worrisome, but people don't make money admitting this and will actively lose if they do.

Klein, one of the few crypto addiction consultants, started offering this type of therapy in 2017. He primarily treats men and has patients around the world. He thinks people are coming to him because of the surge in demand and the apparent lack of mental health support in the cryptocurrency sector.

“A lot of people trade crypto excessively – ie daily – and they often have problems with anxiety,” he said. people don't. And the cryptocurrency market is very intense."

Like any addiction, cryptocurrencies can offer people an escape from the real world, and the short-term effects of dopamine will cost them everything else in life. Klein tries to help his patients by encouraging them to stop avoiding other aspects of their lives, such as dressing or socializing. He draws on counseling methods ranging from behavioral tourism, classical community tourism and modern approaches such as mindfulness, to lead them to a more stable state. 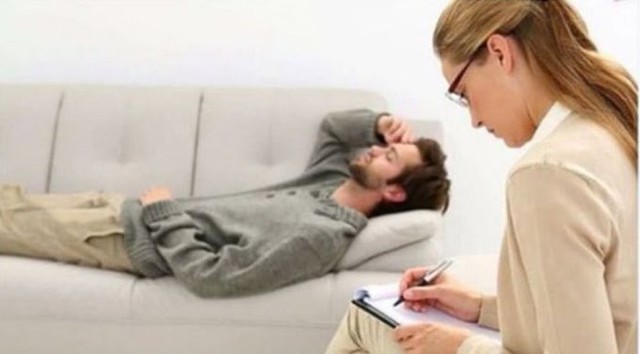 A businessman and investor from London - whose Twitter account is @BritishHodl - says that seeing a therapist helped him understand his anxiety and how to manage the emotional volatility of investing . Experience made him realize that “when you are so focused on the market and you are an investor, that volatility starts to seep into everything else,” such as relationships and work. "It's something you have to be careful of, or you've ruined your life, " he said.

What about those who are in trouble simply because of a financial loss? The advice of Adam Smith, an investor and the creator of the advisory forum The Crypto Advisor, is to “take a deep breath, have a 'diamond hand' and HODL” . “ The near future for Bitcoin, and the crypto market in general, is likely to continue to be chaotic while a number of decisions and regulations globally remain unresolved,” he explained.

The potential conflict in Ukraine, as well as negotiations over a ban on the use and mining of cryptocurrencies in Russia, are expected to affect the market more. “ If you have poured your money into crypto and now you see its value drop, it can be a time of extreme anxiety, especially if that money is needed elsewhere, Smith admitted .

HODL has become a joke in the crypto space, but that is exactly what a lot of investors are trying and failing to do with their psychological health. Experts say crypto will eventually recover – as it often does – but you have to ask yourself how much damage it will do to investors' lives before that happens.