AUSTRALIA Two Chinese models outsold the CR-V and some other Japanese rivals in the C-sized crossover segment in August.
The top 10 sales of C-sized crossovers in Australia in August still recorded a familiar ranking for the top 5 positions, but in the middle is volatility, as cars of Chinese origin are gradually rising, according to CarExpert . Specifically the top 10:
Class Car model Sales
1 Toyota RAV4 2.482
2 Mazda CX-5 2.325
3 Hyundai Tucson 1.719
4 Mitsubishi Outlander 1.568
5 Kia Sportage 1.237
6 MG HS 902
7 GWM Haval H6 858
8 Honda CR-V 781
9 Subaru Forester 580
10 Nissan X-Trail 516
In positions 6 and 7 are MG HS (British brand car company, owned by SAIC China) and Haval H6 (product of GWM - Great Wall Motors), which is higher than Honda CR-V, Subaru Forester and Nissan X-Trail, popular car models in Australia.
Specifically, in August, there were 902 newly registered MG HSs in Australia. Compared to the same period in 2021, the crossover has an increase of 226.8%. Taking into account market share, HS's ratio was 6.5% in August, compared with only 2.2% in the same period last year, an increase of nearly 3 times.
Haval H6, with 858 newly registered vehicles. Products under the sub-brand of Great Wall Motors (GWM) grew by 48.7% over the same period in 2021, and currently hold 6.2% of the market share in Australia. 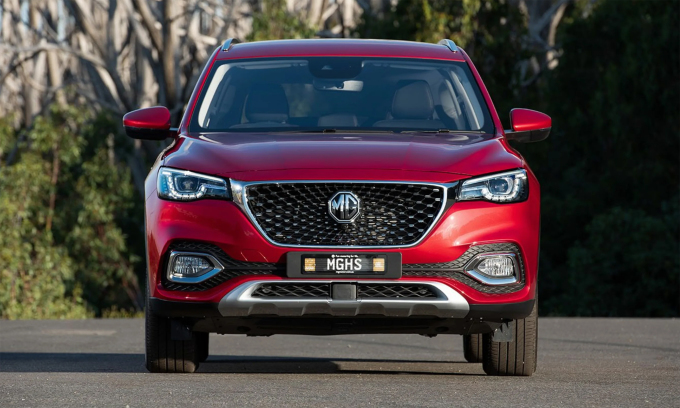 MG HS in Australia. Photo: WhichCar
Overcoming Honda CR-V, but both MG HS and Haval H6 are far behind the competitors in the top half of the rankings. However, both Chinese brands are demonstrating certain successes in conquering Australian customers, especially MG. In recent months, MG has been in the top 10 best-selling car brands every month in this country.
The winner of this segment in Australia last month was the Toyota RAV4, with 2,482 newly registered vehicles. Standing right behind is the Mazda CX-5 (2,325 cars). The remaining trio of the top 5 are Hyundai Tucson (1,719 vehicles), Mitsubishi Outlander (1,568) and Kia Sportage (1,237).
For the rest, there are 781 newly registered CR-Vs, with the Forester being 580 and the X-Trail's 516. In addition, another product in the same segment and from Germany but with a modest result of only 259 vehicles, Volkswagen Tiguan. 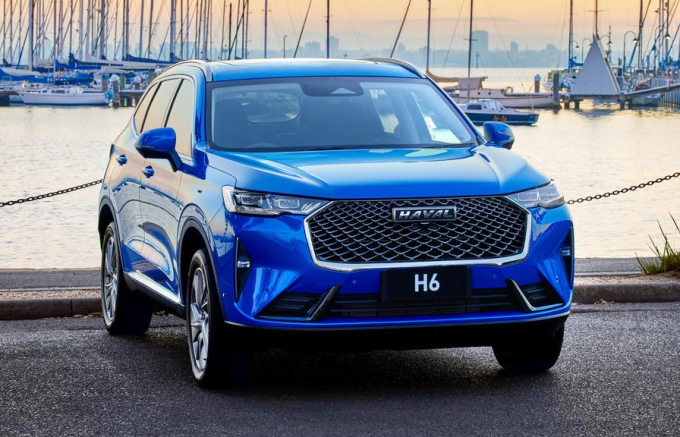