The 53-member expert team will use China's North China satellite navigation system and survey instruments for the new mission. 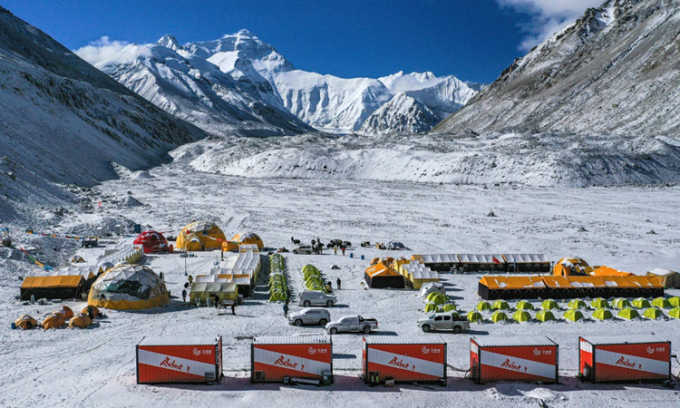 In 2005, a Chinese expedition conducted a measurement of the height of the rock peak and the snow cover. As a result, China claims the peak height of 8,844.43 meters is the most accurate data up to that point.

Nepal thinks it should include the snow cap, which means Mount Everest is 8,848 meters high. This is a widely accepted figure in the world. However, geologists believe the snow cap may have dropped a few centimeters after a 7.8 magnitude earthquake in 2015. The change in wind velocity also affects the height of Everest.

After President Xi Jinping's visit last October, Nepal and China agreed to cooperate in many areas such as addressing climate change, protecting the environment, determining Mount Everest altitude and proceeding. scientific studies. Nepal and China also regard Everest as a sustainable symbol of friendship between the two countries.

The new survey results will be used for geodynamic research. Data on the exact thickness of the snow cap, wind velocity and meteorology will also help scientists track glaciers and protect the biological environment.