Boeing launches a drone for Australia

This is Boeing's largest investment in a drone project outside the US territory, Asia Pacific Defense Reporter said. 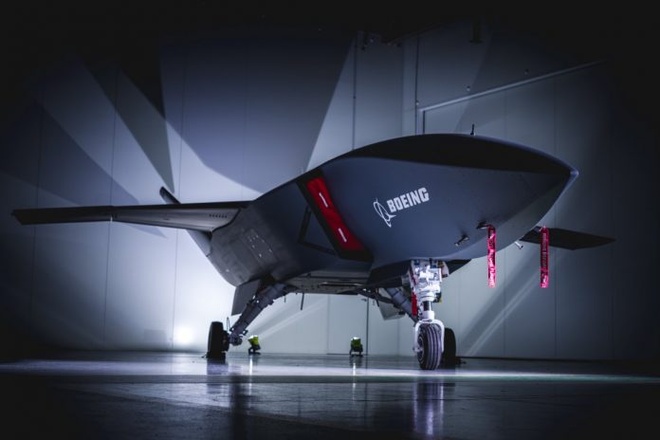 ATS drones will help empower the Australian Air Force. Photo: Boeing.
The Loyal Wingman has a wingspan of 7.3 m and can fly at high subsonic speeds to keep up with typical manned fighters, said Shane Arnott, ATS Program Director.

“This is a real historic moment for our country and for Australia's defense innovation. Loyal Wingman will be the mainstay in exploring the important capabilities our air force needs to protect our nation and allies in the future, ”said Prime Minister Scott Morrison.

Speaking to reporters at a conference, Air Force Deputy Marshal Catherine Roberts, RAAF Chief of Staff, said the Loyal Wingman was purchased by the air force to test technology to find the best integration between aircraft. unmanned and have other drivers.

The mission that RAAF is considering at this stage for the Loyal Wingman is to act as an escort for high-value assets such as E-7A airborne early warning and warning aircraft, among others.

Director Arnott confirmed the first Loyal Wingman will move into a static test phase on the ground, followed by a run on the runway and the first flight may take place at the end of the year, production will begin on. mid-decade.

The Loyal Wingman has a special nose section design that can quickly change the internal sensor load, allowing ATS to be reconfigured for different tasks in a matter of hours, however, Boeing refuses to disclose the payload package. that it can carry.

The ability to automate is an important part of Loyal Wingman's work to reduce the workload for the command center operator. The Loyal Wingman will operate in a group of four aircraft controlled at the same time, though this number could reach 16 in the future.